Protest in the Age of Commercial Music

In his book Understanding Popular Culture, John Fiske expounds upon the relationship between capitalism and popular protest. Fiske distinguishes between  “mass culture”—what is produced by the culture of a capitalist society—and “popular culture”—which is the way people manipulate those products to make their own messages and meanings (Fiske 2011). Musicians have been engaged in this Fiskean production of popular culture with musical instruments throughout American history. How has the commercialization of musical instruments affected protest music and social movements in nineteenth and twentieth century America? And how have protest musicians manipulated commercialized musical instruments to fit their social protest goals?

The modern music industry emerged in the late nineteenth, early twentieth century with the emergence of recording technology and sound equipment. Prior to those technological advancements, the music industry relied on sals of live performance tickets, sheet music, and musical instruments (Wikström 2013). During the nineteenth century, musical instruments were stratified along class lines: The piano was a upper class instrument, since only the wealthy had enough money to purchase it and enough space to house it; the acoustic guitar, with its accessible aesthetic and sturdy construction, was associated with the riding middle class, a group of people who could not yet afford a piano; and the banjo was a lower class instrument because of its association with enslaved Africans (Noonan 2008). How one learned to play the instrument and perform different songs was also indicative of one’s representative class and the reputation of that instrument. Music notation was the dividing line between classical music authority and folkloric, popular culture (Noonan 2008). For example, the banjo, which people learned play through listening, watching, and oral instruction without formal notation would have been considered lesser than the piano, which people learned by reading music and the proper technique. 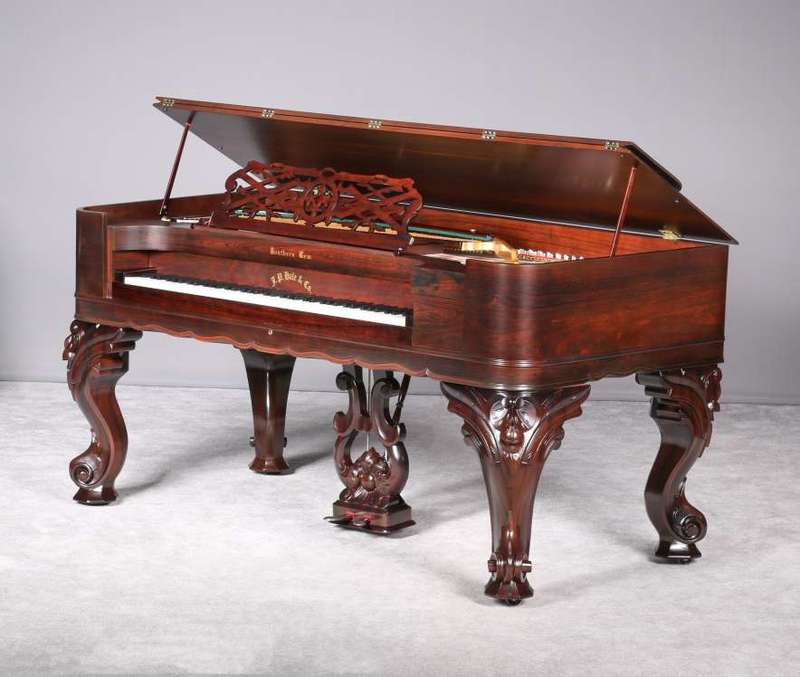 These definitions and distinctions shifted by the end of the nineteenth century. White fascinations with the banjo led to minstrel shows in which white musicians would dress in blackface and lampoon black culture by playing the banjo and affecting racist black stereotypes (Noonan 2008). Eventually, white banjo apologists began advocating for the instrument’s climb up the social ladder. In order to bolster their advocacy, white banjo designers fashioned new models after the acoustic guitar, adding frets to the neck and giving it a wooden rim, while simultaneously denigrating the acoustic guitar as a lower class instrument. They also began publishing musical notation for the banjo, which contributed to the instrument’s eventual rise to ‘elite’ status (Noonan 2008). Around the same time, in 1860, a man named Joseph Hale began purchasing piano parts from different manufacturers and began to assemble his own line of pianos, successfully selling them using cheap payment plans. By 1879 he had produced about 7,200 pianos, selling them at one-third the price of his competitors, forcing the big piano manufacturers to change tactics (Parakilas 2002). This market shift mean more middle-class consumers could afford to purchase a piano, thus creating the conditions of possibility for new players to interact with it. 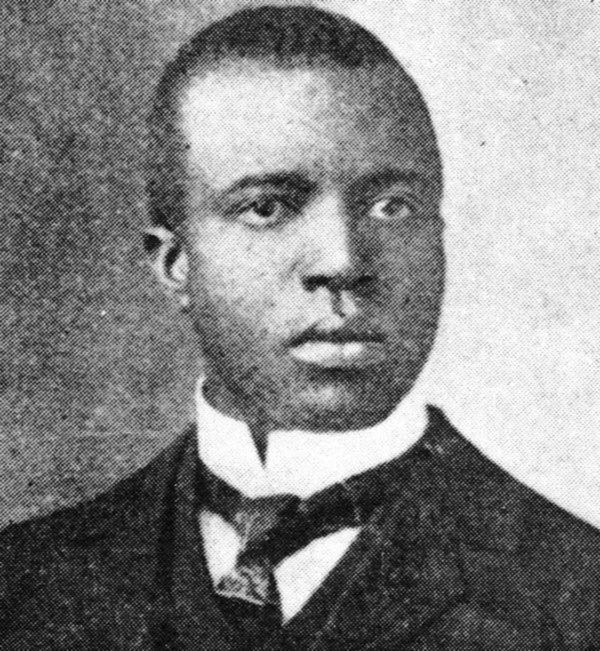 The commercialization of the piano and the importance of sheet music to the music industry at that time set up the conditions of possibility for the protests of ragtime musician Scott Joplin. A young Joplin first learned to play the piano in the home of the white woman his mother worked for as a house keeper. After several years of lessons, Joplin began composing ragtime music. One of his major contributions to ragtime was his song, Maple Leaf Rag, which was accepted for sheet music publishing in August 1899. Rag performers parodied white perceptions of black people in minstrel songs by fusing them with black folk tunes. As a result, ragtime effectively protested racist caricatures while communicating black folk styles of performance and art through sheet music and piano rolls (Shafer 1974). Joplin’s sheet music for Maple Leaf Rag and the commercial piano—both products of capitalist mass culture—became his media for social protest. The protest radically shifted peoples’ perceptions about the piano, music notation, and black musicians, as evidenced by the ensuing demand for ragtime sheet music (a demand predicated on the popular ownership of the piano) known as the ‘ragtime revolution,’ which essentially rendered blackface minstrelsy passé (Shafer 1974) (Parakilas 2002

In the twentieth century, new sound recording technologies radically changed the music industry and replaced sheet music, the industries previously reigning product, with shellac discs that allowed consumers to purchase and listen to recordings of their favorite artists (Wikström 2013). At the same time, the emergence of jazz music made the guitar a popular instrument again because musicians could play more jazzy chords on it than the banjo due to the guitar’s design (Tolinski 2016). However, the guitar required amplification. After experimenting with a gramophone’s electromagnetic pickup, a guitar with a single string, wiring, and the paper cone speaker used to amplify the radio, guitar enthusiast George Beauchamp and former banjo manufacturer John Dopyera invented the first functioning electric guitar, which they named The Frying Pan. This invention began a electric guitar revolution, with guitar companies all vying to produce the best electric instrument (Tolinski 2016). 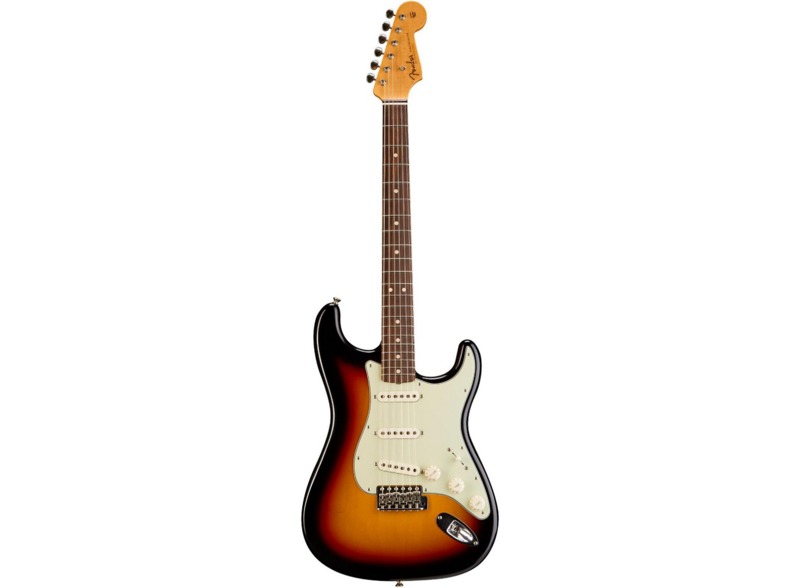 Out of all the guitar companies that emerged in the early timid twentieth century, none captured the feeling of the post-war economic boom like Fender. The design of their electric guitar’s embodied feelings of the era’s prosperous working and middle classes; of T-Birds, television sets, and industrialization. Fender’s first guitar, the 1950s Telecaster was designed to to look like a working-class instrument, and so it became a symbol for the rising middle class (Tolinski 2016). It’s second guitar, the 1954 Stratocaster was outfitted with a sleek, curvy design that served as a testament to the achievable elegance of mass-production techniques (Tolinski 2016). These guitars, emblematic of both the successes of success in industrial commercialization and the growing wealth of working class and middle class people in post-war glow, became staples of rock music performance in the years after their introduction into the market. 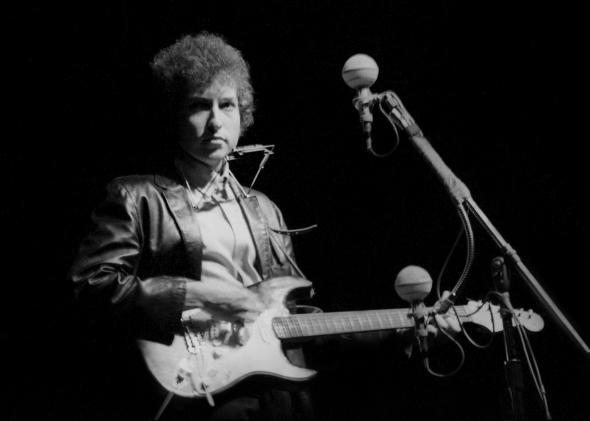 The emergence of the electric guitar and its commercialized mass cultural product became Bob Dylan’s medium for social protest at the Newport Folk Festival on July 25, 1969. up until then, Bob Dylan had been a popular voice in the genre of folk music protest. Fans of the genre, inspired by figures like Word Guthrie and Lead Belly, believed that protest musicians had a moral imperative to utilize acoustic instruments in their music (Tolinski 2016). According to the crowd, only traditional instruments could speak out against oppressive forces that folk musicians criticized in their music. So when Dylan took to the stage with a Statocaster in hand and a fully electric band to back him up, the crowd was incensed, and they booed after every song. Dylan’s first song as an electric adaptation of Maggie’s Farm, a protest song railing against unfair working conditions for migrant workers. But Dylan’s electric guitar altered the content of the song making it a protest of the unfair working conditions within the context of folk audience’s restrictive ideology (Tolinski 2016). Dylan’s medium was the message; it opened up the definition of protest music to rock, unifying it with folk music and making it clear that musicians could use capitalist products like the electric guitar for their own popular purposes. 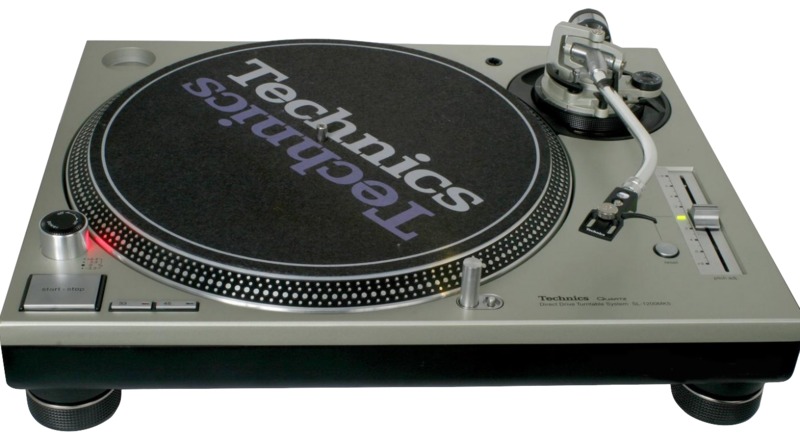 This process of utilizing products of mass culture for social protest music occurs even when those products are not musical instruments. In the mid-to-late twentieth century, the popularity of vinyl records and record players allowed for musicians in the Bronx, New York to develop turntablism, or a method of creating music and a cultural practice that uses turntables and records to manipulate prerecorded sounds in order to create a new song (Katz 2010). In 1972, Technics, a subsidiary of the Panasonic Corporation, released the SL-1200, a brand of turntable they intended for radio stations and fans of hi-fi audio quality to use (Sirois 2016). Instead, hip hop musicians began purchasing it for use producing music for performance and protest. DJs like Grandmaster Flash, Afrika Bambaataa began looping sections of songs by using two turntables and manipulating the records playing on each of them. GrandWizard Theodore introduced the practice of scratching by stopping the record from spinning with and moving it, creating increased friction between the record and the needle, thus producing a scratching sound (Katz 2010).

What made the Technics SL-1200 unique was that it was the only turntable on the market to have a quartz direct drive system, which kept the plate underneath the record spinning even when the DJ stopped the record or moved it with their hand, allowing DJs to manipulate sounds more accurately and precisely (Sirois 2016). The way these DJs made musical instruments out of these products of mass culture set the stage for all future music production and sampling in hip hop and rap music. The medium became the message against the oppressive inequalities facing African Americans, by embodying the idea that people of color have power over culture. Their interpretation of musical media would leave a lasting impact on protest songs like Grandmaster Flash’s The Message, N.W.A’s Fuck tha Police, and Public Enemy’s Fight the Power, and many many more.

In each of these examples, musicians have made meaning out of capitalist products, using and manipulating them to fit their protest: Scott Joplin’s use of the commercial piano challenged  blackface minstrelsy by communicating that people of color could sing and perform themselves; Bob Dylan’s Fender Stratocaster challenged restrictive beliefs about protest instrumentation and established a new appreciation for rock music as a form of protest; and Grandmaster Flash, Afrika Bambaataa, and GrandWizard Theodore’s vinyl records and turntables are a message of command, control, and power within an unequal, oppressive society that opened the doors for the hip hop revolution. 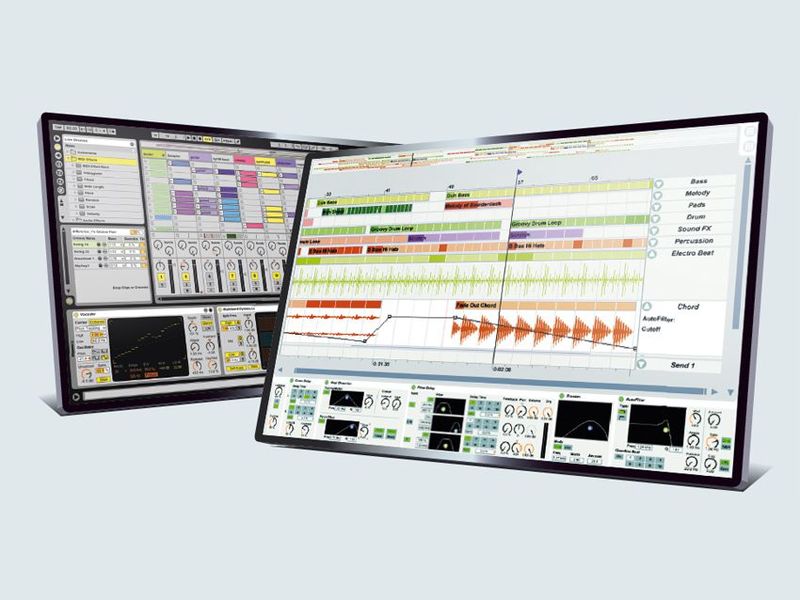 Ableton Live, Then and Now

Today, developments in digital audio workstations (DAWs) and MIDI (Musical Instrument Digital Interface) technology give users unprecedented access to virtually any sound or beat. By using a MIDI controller, users can communicate with DAW software through a digital language that specifies the exact specifications of the instrument the user wishes to play, which the DAW then registers and plays (Dodge 1984). Relatively affordable MIDI controllers and DAWs like Garage Band, which comes standard with any Apple computer, broaden the amount of people who can access sonic digital media. The commercialization of DAWS and MIDI has increased the potential for eclectic musical compositions that, when paired with the widespread reach of the internet, means almost limitless possibilities for new sounds, collaborations, listeners, and protests. How will the commercial digital medium as the message serve the social protests of musicians in contemporary American society?

← Whose Protest? What Popular Music? What Media?
Sources →
Protest in the Age of Commercial Music