The Social Construction of Radio and the Civil Rights Movement 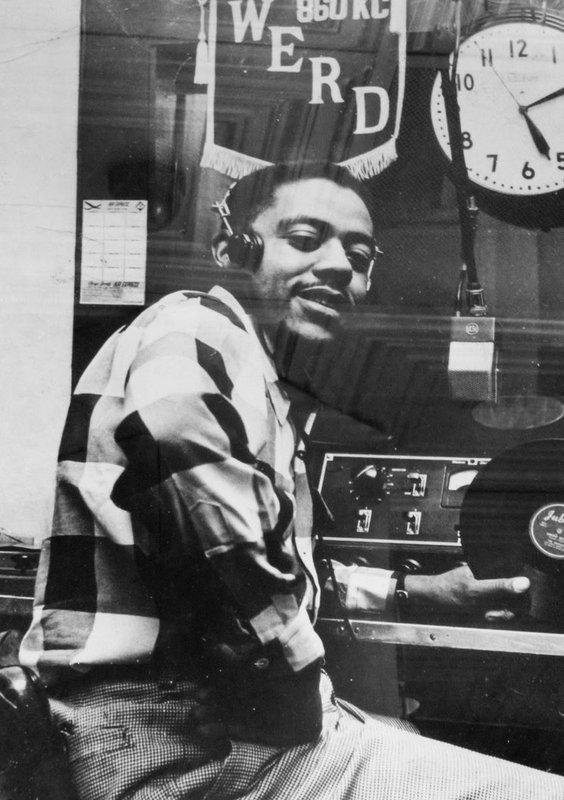 The radio was first and foremost a technology invented and socially inscribed around white working class identity beginning in the early 20th Century (Douglas “Introduction” 1989). There are two components of how this technology became so specifically situated for the same populist audiences that minstrel shows courted in the 19th Century: one is the amateur operators that pioneered the mechanics of broadcasting and the other is the way hegemonic ideology utilized the unprecedented mass media communication of radio to disseminate myths about human experience. From the moment radio receivers were mass produced until the mid 1940s, Black people imagined radio as a medium exclusive to whiteness and any Black performer on the air waves was seen as an achievement for their race (Baptiste 2019, 26). And even once stations began to hire Black broadcasters after WWII, Black broadcasters were limited by the white liberal networks that managed the programming and “either talked about religious matters, shucked and jived while playing black music or portrayed negative stereotypes.” (Baptiste 2019, 31) However, as more stations began to be purchased by Black entrepreneurs and more Black DJs sat behind the microphone, Black-oriented content began to illustrate a more authentic representation that mirrored the aesthetic and politics of the Civil Rights Movement. A technology that had been invented as a racially closed medium became a significant disseminator of Black history, politics and music, forever transforming the utility of radio technology beyond the dominant constructs that were foundational to its origins.

The technological origins of the radio have undergone various historiographic interpretations with several inventors laying claim to the first broadcast medium. The antecedents for radio truly began with the innovations in wireless transmission from foreign inventors like Guglielmo Marconi and Reginald Fessenden, who used spark-gap transmitters to send signals through a point-to-point system of communication. But this system of communication was different from what radio would become, and because of this discrepancy, many scholars trace the starting point for radio as we know it to Lee de Forest’s “Audion” vacuum tube (Ken Burns: America). The tube was largely discovered by accident in 1906 when de Forest, hungry for fame and eager to patent any experiment that could be considered original, attached random bits of metal and wire to a detector called a Fleming valve and found that it could somehow detect and regulate radio wave signals. The patent for the “Audion” tube was closely watched by the small community of inventors studying wireless technology and while de Forest began exercising his invention with public displays of broadcasting signals across short distances, various scholars were trying to understand how de Forest’s vacuum tube actually worked (Ken Burns: America). Around the time of de Forest’s rise to fame, various publications like The Boys Book of Inventions and The Boy Scout’s Manual became popular literature for white, middle class boys, valorizing the inventor-heroes of electricity and inspiring generations of young boys to begin to tinker with wireless technology (Douglas 1989, 191).  One such boy-hero of radio was Edwin Howard Armstrong, who, after years of reading these stories glorifying the likes of Thomas Edison and Marconi, spent his undergraduate education at Columbia trying to prove how de Forest’s “Audion” tube worked. In 1914, he was successful and had patented a circuit that could not just receive signals with the vacuum tube but could also transmit them, creating what he called a “regenerative circuit” that would lay the framework for how future radio sets would be designed.

While these technological innovations were changing the way scientists thought about wireless technology, Armstrong’s “regenerative circuits” were too big and bulky for mass production and there was doubt about the potential for mass consumption of radio broadcasts. Though radio was of particular utility for military strategy and communication in WWI, communication companies like the Marconi Telegraph Company did not anticipate popular adoption of radios and instead kept a watchful eye on the exponentially improving technology. In 1918, while Edwin Howard Armstrong was stationed in Paris as a military communications tech, he made yet another groundbreaking discovery for radio broadcasting; his “superheterodyne method” developed a way for high frequency signals to be detected and refined by pairing the transmitted signal with an oscillating frequency to form an “intermediate frequency” that could then be amplified regulated to the headphones (Ken Burns: America). After the war ended, Armstrong sold his superheterodyne radio to the Radio Corporation of America (RCA), a company started by a former Marconi executive David Sarnoff, and it was then mass produced as a portable, self-contained radio set. This model of radio set would set the standard for all mass produced radios to come and had a significant impact on the popular adoption of radio technology as a home appliance. The problem still remained that there was hardly any content to consume for someone who purchased a radio, thus the only people who used the technology before stations became popularized were amateur operators who used it to experiment and form communities free from privatization and social control (Douglas 1989, 214). One such amateur operator is credited with founding the first radio station, KDKA in East Pittsburgh; Frank Conrad began tinkering with radio technology to win a bet but soon began a weekly routine of broadcasting various records to test his equipment, so much so that a record shop cut a deal with Conrad to supply him with records in return for promotional advertising on the air. Conrad’s weekly broadcasts soon began to attract so many people that the electrical company Westinghouse began to advertise radio sets specifically to listen to his show. They later acquired Conrad’s call numbers in 1920 and formed an organization dedicated to replicating his broadcasts, creating the nation’s first radio station. Mass consumption of radios began to take off after the development of stations, by 1923 more than 500 stations had been registered and a variety of institutions began to acquire broadcasting licenses from universities to newspaper to department stores and religious organizations (Barnouw 1966, 4).

Within a short period of time, radio had become a popular medium among white middle class families and the content produced for stations increasingly catered to this audience with the rise of networks. The ability to sell advertising for radio was the primary motivating factor in communication companies attempting to organize stations under siloed networks. Though several attempts were made by independent stations to set up chains of broadcasts for special events like the inauguration of Calvin Coolidge in 1925, it was telecommunication companies like the American Telephone and Telegraph Company (AT&T) who could effectively organize groups of stations to sell advertising in exchange for enhanced infrastructure. When David Sarnoff from the Radio Corporation for America (RCA) began the National Broadcasting Company (NBC) in 1926, he cut a deal with AT&T and bought one million dollar’s worth of their chained stations to begin not just networked advertising across disparate stations but programming as well (Ken Burns: America). Local stations were forced to adapt their programming to compete with network stations, sometimes mirroring the structure of nationally popular shows like Amos n’ Andy knockoffs and sometimes employing different strategies that networks wouldn’t risk like playing local genres of music and programming religious content (Baptiste 2019, 13). However, as more local stations became consolidated under networks, corporate executives had more control over how the rules of national programming and advertising were written and, not surprisingly, refused to hire advertising agents to produce programming that featured Black actors or advertised to Black audiences (Baptiste 2019, 7). It became clear that Black leaders and entrepreneurs interested in utilizing radio technology for cultural dissemination would either have to wait for federal law to prod state legislators to integrate radio stations or they would have to form their own organizations separate from the network radio infrastructure (Baptiste 2019, 115).

This relationship began to shift in 1946 when the NAACP began a national campaign to integrate local stations and their programming, giving rise not just to a new politics of Black oral representation but a new activist utility for radio as well. The push for integrating radio began a new formation of white liberalism that dually argued for limited representation and denied its discriminatory practices, a colorblind racism that allowed “conservative, liberal, and progressive whites a method of continuing to perceive race and enact discrimination without seeming to do so.” (Stoever 2016, 232) It should be noted that while activists and scholars argued against biological justifications for race, Jim Crow segregation remained the dominant, de facto lived experience for Black people and lynchings remained the de jure threat against potential transgressions across the color line (Stoever 2016, 234). Radio stations responded with white washed programming that often silenced the underlying violence of segregation but were attracted to start Black-oriented programming after an Federal Communications Commission (FCC) ruling permitted increased reception signal for stations that exhibited a specified ratio of “community service” programming (Baptiste 2019, 10). One such example was the 1946 “Negro Forum of the Air” a weekly hour of programming that aired on WNOE in New Orleans and featured panels of Black religious leaders discussing spiritual matters, presenting Blacks as dignified problem solvers (Baptiste 2019, 31). Destination Freedom was probably the most important example of this new world of colorblind programming; an anthology series that ran from 1948-1950 on the same network Chicago station as Amos n’ Andy (WMAQ), Destination Freedom was a collaboration between journalist Richard Durham and the Chicago Defender that told the stories of Black historical figures like Harriet Tubman and Richard Wright. Though the show was clearly written and voiced for a white audience, its content covered a wide range of Black cultural production from literature and art to business and education, peeking behind taboos of segregation and lynching while still servicing the white liberal network executives. Riding this wave of integration and the rise of Black-oriented content, Jesse Blayton Sr., a professor and businessman, became the first Black radio owner in 1949, purchasing the Atlanta radio station WERD and changed the format of the station to highlight Black musicians and activists. In 1957, the Southern Christian Leadership Conference was formed and housed in the same building as WERD and its leader, Martin Luther King Jr., often used the radio station to make announcements. Black-oriented radio was not just instrumental for more diverse and authentic representations of Black communities but was also an effective tool for social organization of young people; the trigger for the 1963 “Children’s March” in Birmingham is often credited to radio DJ Shelley the Playboy who used the song “Shake, Rattle and Roll” as a signal to students to begin demonstrating. Though the colorblind racism following the integration of radio stations was largely effective in silencing non-white voices, several organizations and individuals took advantage of the minimal representation allowed by the networks in control and were able to reconfigure the radio as a utilitarian resources for disseminating Black culture and expanding opportunities for Black political expression. (Baptiste 2019, 5).

← 1828 – 1928: Minstrelsy and Blackface Radio
The Digital Turn, Podcasting and Music Streaming →
The Social Construction of Radio and the Civil Rights Movement