20th Century American music genres relied on a racially symbiotic relationship with radio, a power dynamic that commodified Black cultural production while simultaneously inscribing behaviors in artistic production; radio was a way to sell music to white audiences and musicians frequently crafter their art around this assumption. This relationship has become significantly disrupted in the last 20 years, as independent musicians gravitated toward music streaming sites to circumvent traditional distribution mechanisms and radio began the process of transitioning to podcasting. For most of its existence radio was understood as both a medium for music sharing as well as a space for oral culture to be broadcast, thus the study of music streaming, podcasting and their interventions in Black oral representation are critical to understanding how race is constructed in the Digital Age. Though there remains a significantly pervasive white power structure that continues to suggest how Blackness should be represented, the legibility of these systems is being more aggressively challenged through the use of digital distribution platforms that resist media gatekeepers. Radio networks have remained disproportionately white and corporate record labels continue to commodify Black performance for a white consumer base, but the policing of Black oral expression has become harder to enforce with the self-publishing ethos of social media and the cultural logic of cultural appropriation has shifted toward vilifying racial transgressions.

The digital turn in audio first came about as a way for record companies to integrate digital processing into their workflow but the technologies that arose from those experiments had significant impacts on destabilizing the traditional, centralized systems of music production. Synthesizers and drum machines from the 1970s and 1980s used varying degrees of primitive digital audio processing from synth pop drum kits to sampling machines in hip hop. As engineers started to develop new technology for loading samples, Evan Brooks and Peter Gotcher began to program software with a graphic interface for editing digital audio, releasing Sound Tools in 1989 and later updating the functions for a more professional grade version termed Pro Tools. Pro Tools was the first software to replicate the mixing and recording capabilities of analog recording studios, inspiring subsequent DAWs that imitated their interface with varying degrees of use for music production, film scoring and radio production. The main issue with these early DAWs was that the digital audio files they created and edited were often too large for many producers to use digital processing for their entire workflow and thus was an insufficient replacement for analog studios. That was until 1993 when the MP3 file format was standardized and ushered in a new era of perceptual encoding that significantly reduced digital file size without noticeable degradation in sound quality. With the innovations in digital audio processing and reduced file size, the barriers of entry into the white, male cabal of music production began to shrink and the resulting increase in DIY audio engineers started to change how artists could produce music outside of corporate music labels. It also changed how people shared music among themselves, creating a demand for music sharing sites like Napster who exploited the MP3’s small file size to make popular albums free to download. Though it was eventually shut down in 1999, Napster marked a paradigmatic shift in how audiences understood delivery platforms for music; no longer was music confined to purchase or ad-filled radio play, but it could be disseminated through peer-to-peer networks that operated in opposition to the corporations controlling the record labels and radio networks.

In the wake of Pro Tools, the MP3 and Napster came a smattering of internet radio and music streaming platforms that tried to replicate the access and functionality of Napster but through legal means, each with varying degrees of utility for independent artists. Some websites like Pandora (founded in 2000) would algorithmically find similar music to what the user told it to play, creating “radio stations” that used metadata to group artists together; this is now a feature in other music streaming apps like Apple Music and Google's Play Music, a familiar façade for labor that is now assigned to programming code instead of human curation. Rhapsody (started in 2001) had a different business model and required a subscription fee for access to competitive catalogs of music, signing five of the biggest record companies in 2002 and in 2016 actually claiming the Napster brand again. The subscription model has become popularized by apps like Spotify, Amazon Prime Music and Tidal, mirroring the excessive number of video streaming sites that began to pop up in the 2010s. Soundcloud (started in 2007) was a truly revolutionary platform, especially when it came to lowering the barriers to entry and transforming Black representation, not just giving consumers an interface to explore seemingly endless volumes of music but also the capabilities to upload songs, albums and podcasts at no cost to the artist. Though they’ve recently included a premium subscription model without advertisements and additional artist tools, the platform was immediately besieged by independent rappers sharing their mixtapes and accruing viral fame, with notable Soundcloud break-outs including Chance the Rapper, Post Malone and Lil Nas X. In the comments sections of tracks and through messaging functions built into the site, communities formed around Soundcloud, vocally challenging the mainstream hip hop aesthetic and eventually penetrating the industry in unprecedented ways. This has turned the traditional music industry on its head and left record labels in free fall for staying relevant and maintaining authority as the kingmakers of entertainment. 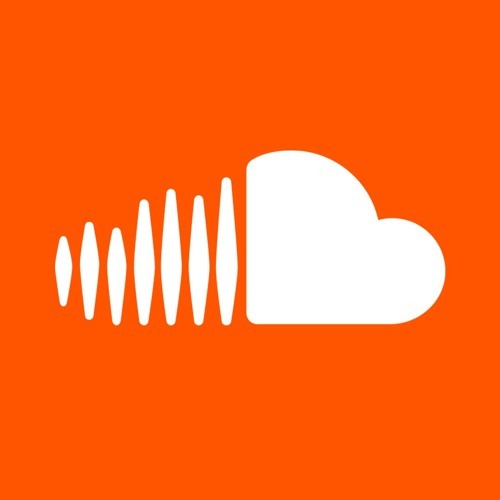 A similar shift happened with podcasting, utilizing improvements in web functionality to transform how radio programs could be disseminated. The fall of radio begins with the Telecommunications Act of 1996, an FCC ruling that allowed the consolidation and automation of media organizations. As the radio dial began to fill up with preprogrammed shows that were nationally syndicated and lacked the personality of local DJs, listenership was cynical of network radio. However, renewed excitement in talk radio-style programs was ignited in the early 2000s after a programmer, Dave Winer, developed a new standardization for the Really Simple Syndication (RSS) Feed that allowed for MP3s to be efficiently sharable though Extensible Mark-up Language (XML) (Geoghan and Klass 2005, 8). The RSS 2.0 specification that Winer created allowed users to “subscribe” to an RSS Feed for a podcast, the same way that RSS Feeds before could be used to syndicate material from various blogs and websites as they were updated. The RSS Feed became an open source method for podcasts to share episodes of their show without any structural oversight, no corporation could censor files transferred using RSS and as long as the hosting site for the files remained intact, users could download episodes as many times as they wanted. This meant that the topics discussed on podcasts from far flung corners of the internet could range from black nationalism to web design to gardening to queer politics and could not be policed and packaged for an audience the way radio was for nearly all its existence.

For all of this supposed freedom from the institutions of radio, podcasting was not immediately popular, in fact it wasn’t until 2014 that the digital medium saw its first undeniable hit, Serial, a collaboration between WBEZ in Chicago and This American Life. An investigative journalism style narrative, this true crime series was many consumer’s first introduction to podcasts and after garnering millions of listeners and developing a brand for subjectivity, the show actually unveiled new evidence in the murder case the show was investigating (McKracken 2017, 2). In the wake of this first season of Serial, podcast networks began to pop up and create shows that mimicked the serialized narrative and true crime aesthetic. Gimlet was one such network, started a year after Serial’s rise in popularity and offering a vast palette of programming from similar true crime shows to discussion shows to fictional programs that later enjoyed TV adaptations. In 2019, Gimlet was purchased by Spotify for over $230 million, representing a huge shift from the grassroots, open source ethos of podcasting to its corporatization and commodification as the new big media bubble. This has bifurcating effects on Black oral representation as it relates to popular consumption: it first of all creates a distributed environment that allowed independent creators to express their identity and politics free from centralized control but it also has established dramatic hierarchies of listening that prioritize corporate podcasts over the millions of DIY shows started every year. The corporate podcast companies themselves also perpetuate the lily-white employment habits that began with network radio stations and perpetuate the racialization of the audiences for podcasts. And while the content for some corporate media shows like Code Switch and 1619 actively engage in using audio to deconstruct racist ideology and history, the realm of podcasting still feels like a closed medium for many Black consumers and creators (Kumanyika 2015, 2).

Radio represents a unique physical, electrical and digital history of American popular culture, a history that tiptoes across the “sonic color line” to challenge and reify representations of race that inform our current understandings of identity, intersectionality and cultural appropriation. Race is routinely recognized as a politics bound to visual markers, and yet the sonic construction of white supremacy is just as important to identifying the logic of racism, especially in a time where the vestiges of slavery and segregation are increasingly sanitized for mass consumption. In fact, an analysis of representations of Black orality is necessary for deconstructing the socially constructed myths of racism and for understanding how truly pervasive racial ideology is in the American psyche.

← The Social Construction of Radio and the Civil Rights Movement
Sources →
The Digital Turn, Podcasting and Music Streaming