"The advent of the comic strip marked the culmination of a long evolutionary process, the scope of which far surpassed the range of its early prototypes in the pictorial art" (Hennessy 1967).

A History of the Comic Strip was first published in 1967 as an accompanying catalogue to the Louvre Museum's exhibition by the same name. It featured works from artists all over the world, though it paid special attention to the development of American comics at the turn of the twentieth century. Our epigraph is the opening sentence to the book's first chapter. It maps the comic strip as a direct descendent of ancient hieroglyphs and pictorial art.

In order to self-reflexively examine the teleologies of a specific medium, we must define our terms. In this discussion of the American comic book, we will use a broad meaning for comic, which is that of a text and fixed image narrative. The comic strip, comic book, and graphic novel are different from other methods of storytelling because they require text and fixed images to work together in order to communicate a complex and entertaining narrative. While the images and the text may contain meaning separately, it is only through their combination that the reader is able to access the full story. According to the Merriam-Webster Dictionary, teleology is “the fact or character attributed to nature or natural processes of being directed toward an end or shaped by a purpose." For our purposes, let’s map how the development of specific useful and aesthetic inventions necessarily leads to the American comic book. In order to do so, we can begin with the end result, which is the modern comic book or graphic novel, now widely available in multiple print and digital formats. 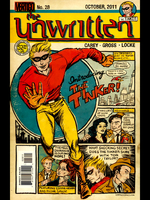 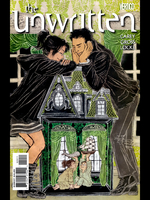 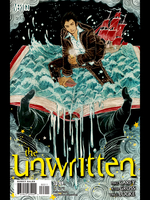 Cover art for The Unwritten.

The Rise of the Comic →
Introduction