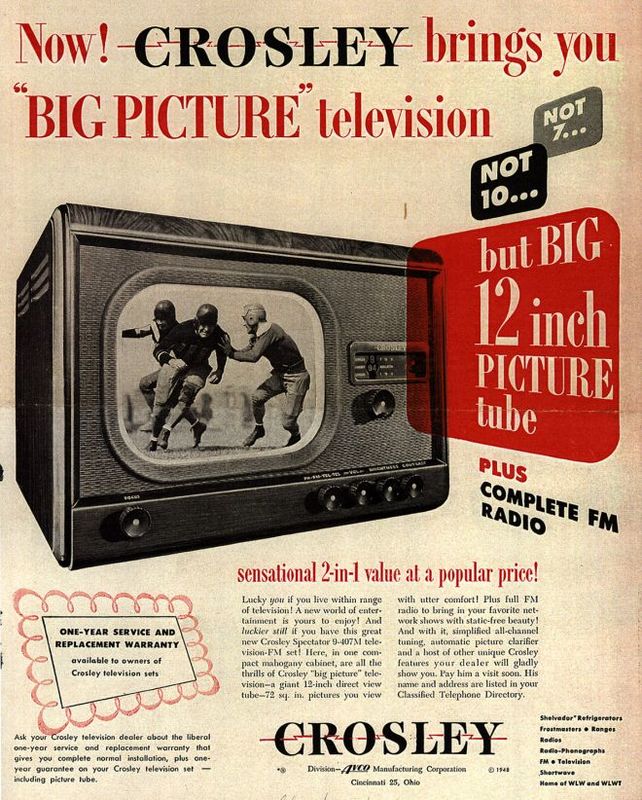 The bloom of neon-light advertisements, however, suffered a serious blow after the outbreak of the Pacific War. Shanghai fell to the occupation of Japan, and was subjected to a blackout; the once bright nights of Shanghai were immersed in darkness. Another significant way of advertising, at that time, however, was still alive in China: the radio advertising. Invented by Guglielmo Marconi in 1896, the radio went through a series of developments since the end of 19th Century. On December 12, 1901, Marconi transmitted the first radio signals across the Atlantic Ocean (Klooster, 2009). From the 1920s, broadcasting stations began to surface across the U.S. and Europe. With the popularity of radio broadcasting amongst the public, news, as well as commercial advertising, appeared in the radio broadcasts. According to Advertising and Chinese Society: Impacts and Issues”, radio broadcasting in China appeared in 1922. By the mid-1930s, there were about 40 radio stations, most privately owned; they all sold spots and program time” (Xu, 1990). During the World War II, advertising over the radio was significant in America (Fig 1.) because it helped “grow the domestic economy” and “embodies the freedoms that the United States was defending overseas” (Meyers, 2014). Unlike America, where radio advertisements were widely used for commercial advertising, radio advertising in China during the World War II was mostly used for war news and government propaganda. In 1940, the communist party of China set up the first national radio station in Yan an, which “used the call sign XNCR (New China Radio)” (Miller, 2003), and transmitted the news of war to the masses in Liberated Areas.

After the foundation of the People’s Republic of China, the communist party began to focus on the economic planning and domestic industry. During the First Five-Year Plan Period (1953-1958), government’s “investment in transport, posts, and telecommunications was confined to the modern sector… during this period, employment in the modern sector nearly doubled, reaching 1.9 million by the end of 1957” (Emerson, 1965). With the modernization process, mainland China’s first national TV station Beijing Television, which later became the CCTV, began broadcasting on September 2, 1958. Regional stations such as Shanghai Television and Liaoning Television were launched soon after Beijing Television (Zhu, Berry, 2009). Although the content of TV programs in mainland China was mostly national policies and big news at that time, television had become a new efficient medium of advertising in Western countries. First successfully demonstrated by Philo Taylor Farnsworth on September 7, 1927 (Fisher, Marshall, 1997), electronic television moved toward technological maturity in the next decades. On July 1, 1941, the first TV commercial popped up on the screen in America, which “was a short, simple spot for Bulova Watch Co” (Rodriguez, 2016). This very first placement of an advertisement during a television program opened the chapter of television advertising, which proved to be one of the three major advertising media around the world.

The trajectory of advertising in mainland China, however, reached a plateau soon after the foundation of the People’s Republic of China. Determined to develop a socialist country, the government “planned to impose strict control on production, prices, and consumption. After early 1956, all remaining advertising agencies, like all businesses and companies across the country, became completely state-owned” (Chang, Cheng, 2009). During the period of the Cultural Revolution (1966-1976), commercial advertising encountered a worse situation when it “was labeled ‘bourgeois commercialism’ and ‘a symbol of capitalism’ that deceived the masses” (Chang, Cheng, 2009). Commercial advertising was replaced by the propaganda of “Mao Zedong’s quotations”. The capitalist economy was twisted as “capitalism cancer” and was forbidden by the government. In such social context, commercial advertising industry in China hit the bottom and did not recover until 1979.

According to the research of Chang, Kara, and Cheng, Hong, “In early 1979, a renaissance of the advertising industry occurred when the nation’s focus shifted from class struggle to a grand economic development program known as a drive for Four Modernizations… One of the most important strategies the Chinese government adopted to boost this program was the economic reform” (2009). Chinese government’s decision of developing a market economy and supporting foreign trading meant a lot to the Chinese advertising industry. On January 28, 1979, China’s first TV commercial appeared on the screen. This commercial was aired on Shanghai Television and was for a product called Shengui Tonic Wine. The commercial told the simple story of a girl going into a shop with her parents to buy a bottle of tonic wine as a gift for her grandfather. When this advertisement first came out, the audience before the television was confused because all they had ever seen before during news breaks was a blank screen or a still shot. As soon as they realized it was a commercial advertisement, they cried out with surprise and excitement. The charm of the first commercial advertising on TV was unimagined. In the following two weeks, the advertised liquor sold out almost everywhere despite its high price (Miller, 2010).