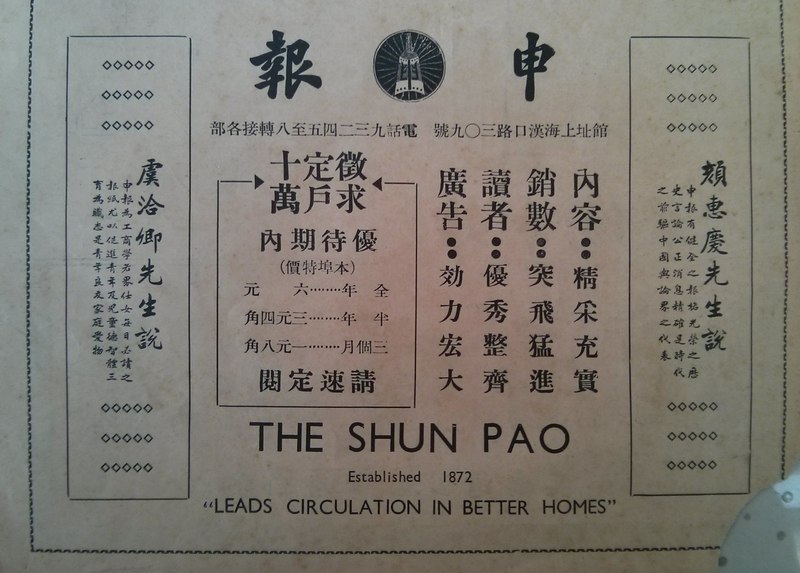 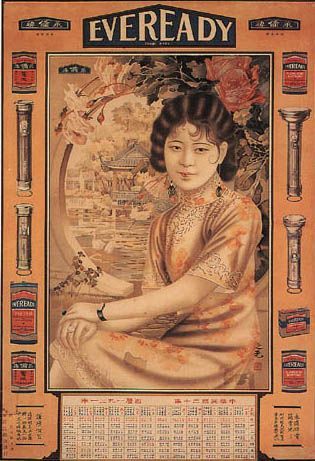 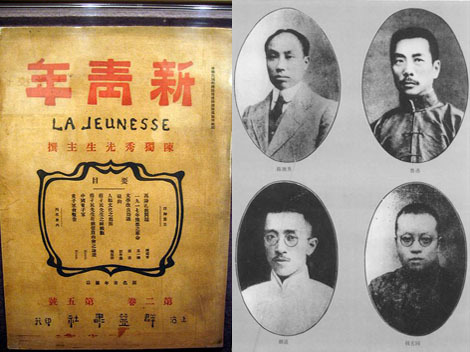 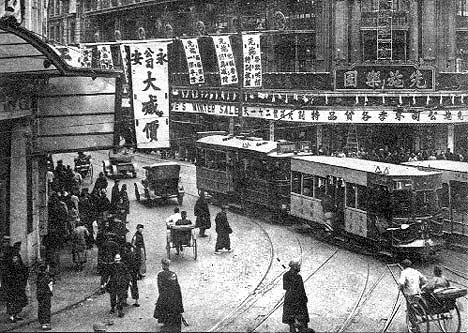 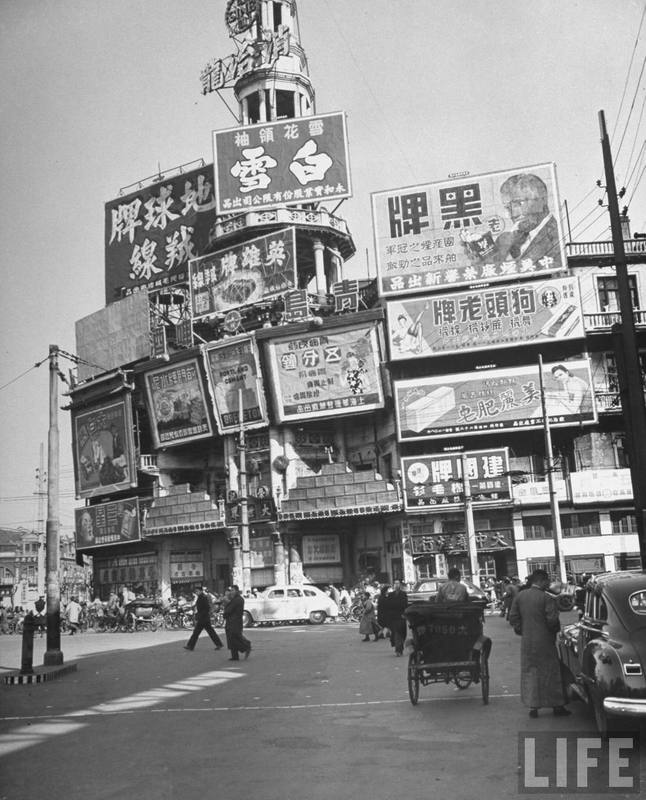 Advertising has a long history in China, and its occurrence was closely connected with the rise of commodity economy. As early as the 11th to 7th centuries BC, oral advertising appeared among the small street vendors according to the poetry found during this time period. Along with the development of commodity trading, the invention of printing stimulated the appearance of the world’s first printed advertisement. The advertisement printed on a bronze plate during the Song Dynasty (960-1279) is the earliest printed advertising in the world as far as we know (Liu, 2013). What is surprising is that this advertising already used both words and pictures to attract customers. This pre-modern printing media had the shape of modern advertising. On the plate, we can see the introduction of the product, which was the needle made by Liu’s family; the insignia of the shop, which was a white rabbit holding a medicine pounder; and the written slogan for the shop. This advertisement is evidence of the prosperous commodity economy that existed during the Song Dynasty; it was a time when merchants were not being degraded as the previous dynasties and the domestic, and even foreign trade, were encouraged by the government. Some business modes developed during the Song Dynasty left some traces in today’s market; for example, the commercial street with 24-hour stores. The first piece of printed advertisement in Song Dynasty laid a solid foundation for the development of Chinese advertising.

Although pre-modern advertising appeared early in China, modern print advertisements did not emerge until 1872. China’s first modern print advertising was published in a foreign-owned paper named Shen Post (Wang, 2009), which symbolized the arrival of the newspaper advertising era. The popularity of newspapers, a mass printing medium, was owing to the invention of the rotary printing press in 1843 (Meggs, 1998). A rotary printing press is a machine consisting of two cylinders, and the images to be printed are curved around one cylinder. With the continuous delivery of paper and the rotation of the cylinder, paper containing the same content could be released in a large quantity (Encyclopedia Britannica). The technology of modern printing spread to China by the end of 19th century, when the Late Qing Government was forced to cede territories and foreign investments flooded the Chinese market. The foreign companies and foreign capitals were mostly aggregated in eastern coastal cities, especially Shanghai, which gave Shanghai access to modern western technologies and a modern western lifestyle. Shen Post documented China’s complex social situation at the turn of the century. Its Sino-British mixed language, its transition from classical Chinese into vernacular Chinese, and its coverage of wars and military reform were the signs of a critical moment of transition. Apart from the newspaper (Fig. 1), there were other unusual advertising sources around the end of 19th century distributed among the Chinese masses: Chinese New Year posters and calendars (Fig.2). The idea of putting advertising on the New Year posters and calendars was practical and smart because newspapers were a luxury for educated elites, while calendars were a necessity for common people. Advertising on New Year posters or calendars tended to be vivid and accessible, mostly using pictures to promote products, which proved the sellers’ intention to reach out to as many viewers as possible, including illiterate people.

With the development of printing technology, a part of the modernization process in China, magazines/journals became another important source for modern advertising. On September 15th, 1915, the magazine New Youth began to be distributed in China. The editors of this magazine proposed democracy and science (often referred to as Mr. De and Mr. Sai) and initiated the New Culture Movement, which introduced much western culture and the value of democracy, freedom, and equality to young students at that time (Encyclopedia Britannica). Under the influence of New Culture Movement, intellectuals in China were irritated by the failure of diplomacy at the Paris Peace Conference after the World War Ⅰ, in which the Northern Warlords Government of China lost its sovereignty of Shandong province to Japan. Patriotic students and representatives from business and industry started the May Fourth Movement on May 4th, 1919. The May Fourth Movement was an “intellectual revolution and sociopolitical reform movement that occurred in China in 1917–21” (Encyclopedia Britannica). The movement was aimed at defending national sovereignty and fighting corruptive Northern Warlords Government of China. During the time of May Fourth Movement, magazines and journals exploded in China, which allowed much space for the development of modern commercials (Fig 3.). At the same time, the Committee on Public Information (CPI) of the U.S. government was conducting a worldwide propaganda campaign. To promote “America’s idealism, unselfishness, and indomitable purpose” (Schmidt, 1998) in China, the CPI branch in China “organized the Sino-American News Agency in Shanghai in the fall of 1918 as a CPI conduit to the vernacular Chinese press” (Schmidt, 1998). To compete with other local or foreign vernacular journals, Sino-American “supplied daily news reports of five thousand characters to more than sixty Chinese papers on a paying basis” (Schmidt, 1998). In order to make Sino-American more self-supporting, American commercial advertisements were frequently placed on the paper. Therefore, advertising market in China during May Fourth Movement contained not only local business ads but also American commercials, and the printing press was still the mainstream of advertising.

The early 20th Century was an era of turbulence and change in China. Western capitalist countries, on the one hand, coveted Chinese territory; on the other hand, capitalists continuously input capital and modern technology into this country. The new technology in the field of transportation, although seemingly unrelated to the commercial advertising, had a great impact on advertising method. In 1908, a new form of transportation appeared on the street: the tram. Also known as a streetcar, the tram has gone through a series of changes in the west since the 19th Century. The original tram was dragged by horses, but the animal-powered tram was soon replaced by the steam-powered tram, which could serve passengers for a longer time without the waste of animals. At the same time, trams operated by cable and gas also existed in Europe and America. The first electric-powered tram line operated in Berlin around 1880 (Siemens); eight years later, Sprague in Virginia invented the first successful large electric street railway system. Electric trams tended to be the most important forms of transportation on the street in Europe and America. Operated by Shanghai electric construction corporation, trams and followed trolleybuses attracted much attention on the streets and lanes because of their huge volume and novel appearance as soon as they appeared (Fig 4.). People in Shanghai got curious and excited about the new imported transportation; some businessmen with vision and ambition came up with the idea of waving their commercials on the car bodies to promote their products (Zhao, 2005). Although the lack of statistics makes it hard to assess the effectiveness of these commercials, preserved pictures tell us that it would have been hard to ignore the huge brands and words on a streetcar for pedestrians. It is interesting that progress in the field of transportation inspired a new way of advertising, which, proved Chinese businessmen’s ability to discover business opportunities through different aspects of life.

Apart from the trams and trolleybuses, there was another novel way of advertising in Shanghai at night: the neon light. In 1902, Georges Claude applied an electrical discharge to a sealed tube with neon and created the first neon lamp (Bellis, 2017). Eight years later, the first neon light came out and was installed at the Palace of Paris. As an international metropolis, Shanghai led the trend again and introduced neon lights into the mainland of China. According to the information on the Shanghai Archives Website, the neon light was first used in 1926 inside a window in Nanjing Road. Two years later, neon-light advertising began to twinkle on the rooftop of Big World Playground in Shanghai (Fig 5.). The various patterns composed by colorful neon lamps and eye-catching slogans flashing with changing lights made neon signs the first choice for business owners to advertise. One advertising for “hive brand” wool, for example, even created an animation effect by taking advantage of the neon light. By controlling the activities of different neon lights, the advertisers were able to combine several different images of bees in the sign and showed them flying up and down. Up to the 1930s, Shanghai had established more than ten neon factories. The nighttime was as light as the day on the streets in Shanghai.