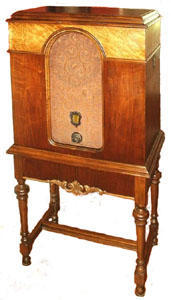 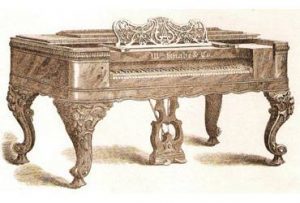 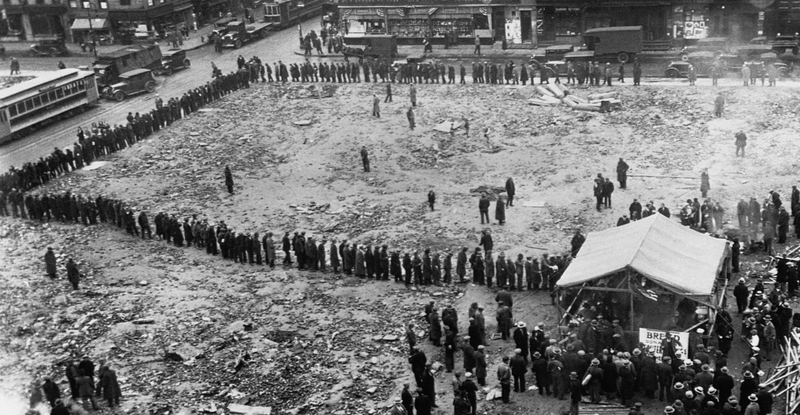 Music sharing is a 21st century term that can be retrofit when we think of music as existing in physical space—physical spaces in which we listen to music connote a shared experience, the same music at the same time. The necessary simultaneity of physical presence receded with technological advancements—the invention of the phonograph “placed listeners in a large number of diverse and private locations” as did the radio, as did the portable cassette player, the MP3, the iPod. (Blesser and Salter, 130) The concept of “ music sharing” simply expanded over the course of a century and a half—from public concert halls to private living rooms to the Internet: a virtual space that connects the physical, computer to computer, bedroom to bedroom, iPhone to iPhone, city to city, and so on.

Music technologies transformed the ways in which we share music. If we travel back to the square grand piano, we see a white, middle-class family congregated in their parlor, or a young woman under the watchful eye of her mother play the piano for a gentleman caller.

There are many ways that instrumental music has influenced the way young people meet and connect, but in the nineteenth century the onus was on girls to learn the piano to impress the men they might marry. Stationed in the parlor, the square grand piano was an symbol of wealth and a primary indicator of, perhaps absurdly, wifeliness. In 1847, Henri Blanchard, a French critic, musician and playwright, wrote to a friend:

“Cultivating the piano is something that has become as essential, as necessary, to social harmony as the cultivation of the potato is to the existence of the people…The piano provokes meetings between people, hospitality, gentle contact, associations of all kinds, even matrimonial ones…and if our young men so full of assurance tell their friends that they have married twelve or fifteen thousands francs of income, they at least add as a corrective, ‘My dear, my wife plays piano like an angel.” (Kallberg, 36)

In the tradition of courtship, young women and men were not to be left alone in a room together. But they were allowed to listen to music, and, apparently, the music was almost as good as the money.

More than just a courtship ritual, this coming together in the parlor was a primary mode of social interaction for young people. The piano provided a medium for intimacy: “for when we understand genre as a communicative concept, it makes us aware of ways in which music interacts with society.” (Kallberg, 103) However, this form of communication always went one way—“women played most of the keyboards found in middle-class homes throughout Europe and the United States in the eighteenth and nineteenth centuries.” (Kallberg, 106) Playing the piano was a specifically feminized, and therefore disrespected, endeavor by the end of the nineteenth century. Concert pianists were still male, but playing piano in the home was less an exertion of talent and more a display of etiquette. The piano, regardless, offers another example of how music has been shared for centuries, even if it were a forcible or even unpleasant kind of interaction.

Over time, the parlor became the living room, and both were built to center the family. They kept the children in one place, and as personal music technology advanced, provided a space for the family to gather and listen together. The radio functioned as both a showpiece and a family ritual. Thomas Edison’s phonograph, invented in 1877, gave families the ability to select what they heard—albeit from a very limited array of recorded music. The experience of the radio, however, was determined by the time at which the program aired. At that moment in time, the whole family would join together in the living room and listen.

Many wealthy families purchased radio consoles: state-of-the-art radios inside embellished wood cases that became the focal point of the room. (Litwinovich) These consoles remind us how important communal listening has always been, even in the privacy of one’s own home. Radio became ubiquitous in the 30s and 40s, as sound quality improved and the musical repertoire played by radio stations diversified. The ubiquity of radio inevitably led to higher record sales in the 40s and 50s, when the end of World War II brought the white middle-class a prosperity they had not ever experienced, even before the Depression. However, “radio was…supposed to ruin the recording industry because, well, if people don’t have to pay for the music they hear, why would they go out and purchase records? The answer soon became obvious: the more people heard certain songs for free, the more likely they would buy a familiar record. Radio turned out to be a fantastic promotional tool.” (McLeod, 524)

Radios not only located families in the center of their homes, but also led to the growth of the music industry, and the ways in which the music industry could influence youth culture—in turn, youth culture would shape the technologies that would innovate the way they (and their parents) listened to music. In the 1950s, “Young people with money to spend in a prosperous economy bought phonographs and personal radios; and the generation gap between parents and young people became more common.” (Funk) 45 records were smaller, able to be played on a compact record player that could be kept in the bedroom.

Teenagers’ musical experiences became even more personal than the privacy of the family living room offered. No longer were teenagers restricted to courting one another in the parlor—dating was newly acceptable, taking people out and away from parents. This sense of autonomy, entirely new to the Baby Boom teenagers and certainly to their Depression-era parents, led to anxious assumptions about what teens were actually doing with their newfound individuality. As always, the reaction to a sweeping cultural shift between one generation to the next (just as adults balked at the thought of even the waltz’s embrace) was distress: “in the 1950s…images of delinquency and rebellion were being consumed enthusiastically by many young people in movie theaters and elsewhere…however, most sociologists treated juvenile delinquency as a symptom of social disorganization, a product of ethnic, urban working-class cultures that had not fully assimilated the proper American values.” (Moore, 230)

“Social disorganization” may describe not only the burgeoning civil rights movements of the 1960s but also this rift between parent and child. The nuclear family, no longer gathered around the radio at dinnertime, was facing a crisis of conscience, as teenagers began to define themselves more and more as individual-almost-adults. They had cars, cars that may have been equipped with a portable record player; they could drive whenever, wherever and whoever (within reason—or, if you bought into the beats, far, far away). A car operates in public, but the contents of that car, the music one played, and for whom that music was played was deeply personal. As music technologies became more and more portable, privacy became even more personal. Privacy was no longer dictated by parental control in the home—it was also being wielded by teenagers against their parents. This kind of self-realization spurred the record industry to market directly to a youth demographic on whom they had not been able to rely until the 1950s. Youth culture would come to be defined as much by the music they chose to listen to as the music they were being sold.