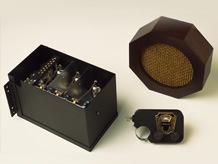 By the late 1920s, more than 60% of Americans owned radios. An instrument featured as prominently in the home as the square grand piano once was, the radio became the center of family life in living rooms around the country. By 1940, there were 765 stations to choose from. 1.5 million cars contained radios on their dashboards. Advertisers poured $215.6 million dollars into radio programs (by today’s standards). Americans were more connected than ever before, listening to the same music, news, advertisements.
For the radio to operate, information is encoded on a radio wave, which is known as modulation. An antenna picks up the frequency of a broadcast. One tunes into a station, and that station is determined by the frequency of the radio signal. To achieve this modulation, there are two potential factors: amplitude and frequency. We know the amplitude version as AM and the frequency version as FM. FM is generally known to provide better sound quality, while AM can be broadcast much further.
AM radio is produced when one multiplies the carrier signal with a message wave, which achieves the desired modulated sine wave. Because of the Federal Communications Commission, AM is legally required to broadcast no more than 50 kilowatts per signal. This technology can transmit between 535 and 1605 kHz. FM can transmit between 88 and 108 MHz, which contributes to its superior sound quality.
The inventor of the radio is contested. While Gugliemo Marconi patented the technology we recognize as radio in 1900, or tuned telegraphy, Nicola Tesla created the coil with which the radio requires to operate in 1884. By 1896, Marconi had successfully sent and received a Morse code-based radio signal from four miles away, and was granted the patent.
Car radios are one of the most popular ways to experience radio still today. In 1930, Paul and Joseph Galvin, alongside William Lean, built a dashboard radio for the automobile, which they named Motorola, combining the words motorized and Victrola. In 1953, a “seek” search feature was added to the car radio, so that the driver might sample potential radio stations. It wasn’t until the middle of the 1960s that the Stereo 8 was added to this technology, so that one might play eight-tracks and choose the music one listened to while driving in the car. 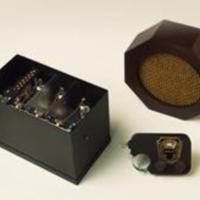 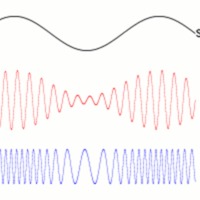 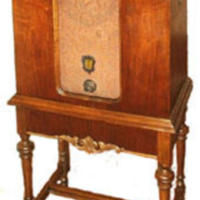