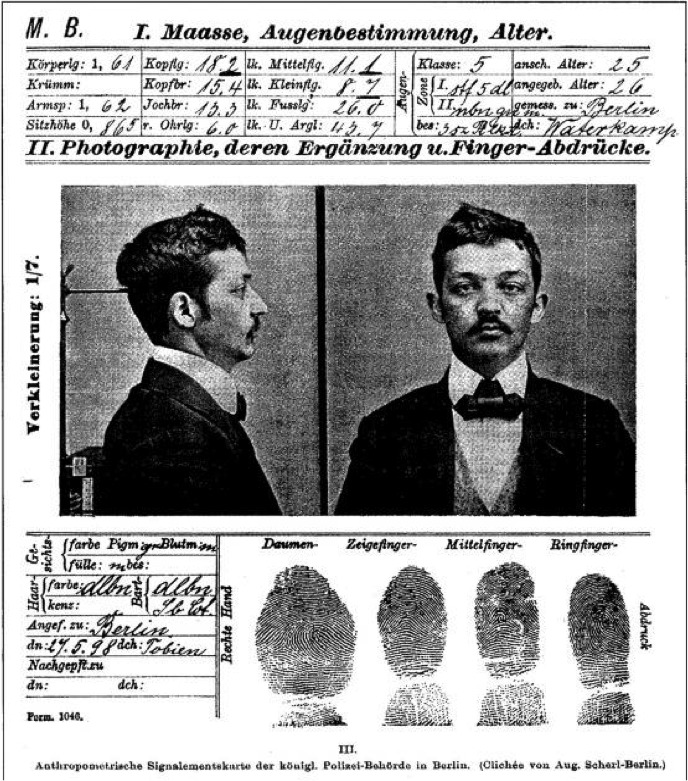 Creator
Alphonse Bertillon
Date(s)
1883
Tags
The History of Mass Surveillance in the United States, Try Not to Smile and Say Cheese

In 1883, a French criminologist by the name of Alphonse Bertillon invented the first system of recording physical measurements, taking photographs, and record-keeping for police to identify criminals. Before Bertillon, suspects were only identified through disorganized files and photographs, and eyewitness accounts. The Parisian police adopted the anthropometric system he invented, called bertillonage or signaletics. This system began a mass legal implementation of physiognomy.

Bertillon applied the anthropology, or the categorization of bodies, to the field of law enforcement. His new invention, anthropometrics, involved the measurement of bodies. Photography has been used by law enforcement to identify criminals since its invention, but the process was not standardized. Bertillon’s system created a database through which criminals could be quickly and accurately indexed. The existence of such resources significantly benefits law enforcement in the identification, tracking, location, and capture of suspect individuals. Bertillonage can be considered a communication technology because it facilitates the co-operation of different branches of law enforcement. In America, this function was found to be particularly useful as industrialization, Manifest Destiny and the Great Migration caused many individuals to weave in and out of different precincts.

The Bertillon system required individuals to have their heads and bodies measured, the shape formations of their eyes, eyebrows, mouth, ears, individual markings such as tattoos and scars, etc. recorded, and finally their personality characteristics noted. These measurements were compiled and acted as a formula for each individual; this formula was then recorded onto cards, known as criminal I.D. cards, which also had front and profile portraits of the individual (the invention of the mug shot). After documenting the criminal’s physical features, images, and personality, these cards were filed and cross-indexed for easy retrieval (Brook 2010).

Bertillon experimented with his system in the infamous Parisian prison la Santé. Until as late as 2000, la Santé grouped its inmates by geographic origin and ethnicity and housed them in different blocks; Block A: Western Europe Block B: Black Africa Block C: North Africa Block D: rest of the world. The teleological premise of discrete racial categories undergirds Bertillon’s work. Bertillon and anthropometry are related to the Victorian field of eugenics, or the science of racial purity and castes. Bertillon borrows from eugenics the theory of racial biodeterminism, and attempted to demonstrate the existence of a genetically condemned criminal class. A racialized criminal is reverse-engineered using statistics, and this profile is then used to convict more members of the studied group, on the basis of innate criminal tendencies. Bertillonage demonstrates how the accumulation of data through record keeping can be used to establish precedent and enforce the status quo.

This system of surveillance proved to be highly effective in identifying offenders. In a single year, Bertillon used this method to identify 241 multiple offenders; this led to the immediate adoption of bertillonage by police forces all over Europe and the Americas. Bertillon's system eventually contributed to typification of the physical body – where physical attributes captured by photograph became associated with different “unwanted” types, such as race, mental illness, class, etc (Tagg 1988). Despite its success, bertillonage was still difficult to implement due to the constant recalibration and maintenance of measuring tools, need for rigorously trained, highly motivated, competent technicians, and accumulated expenses for all this. Sometimes measurements varied depending on the trained officer, numbers were often not exact, and measurements changed when criminals aged (“Alphonse Bertillon” 2006).

A few aspects of bertillonage remain today, such as the identification of unique physical features (scars, tattoos, etc.) and the mug shot. These criminal I.D. cards were the first instances of photography being used to capture and typify criminals via photography, and led to mass surveillance, physiogomic profiling, and documentation of criminals and criminal behavior. With its breakdown of facial parts, such as the nose, ears, eyes, and profiles, Bertillon’s physiognomic table used these facial parts in a “mixed and matched” code in order to identify specific individuals, as if “anticipating” today’s computerized facial recognition systems (Brook 2010; Percival 2005; Tagg 1988). 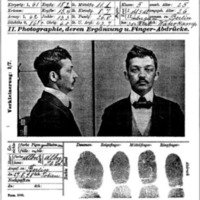 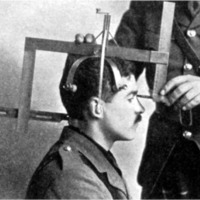 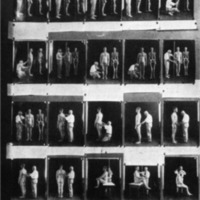 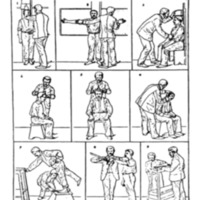 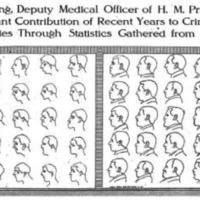 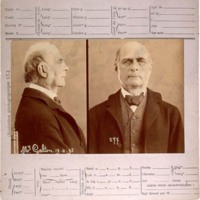