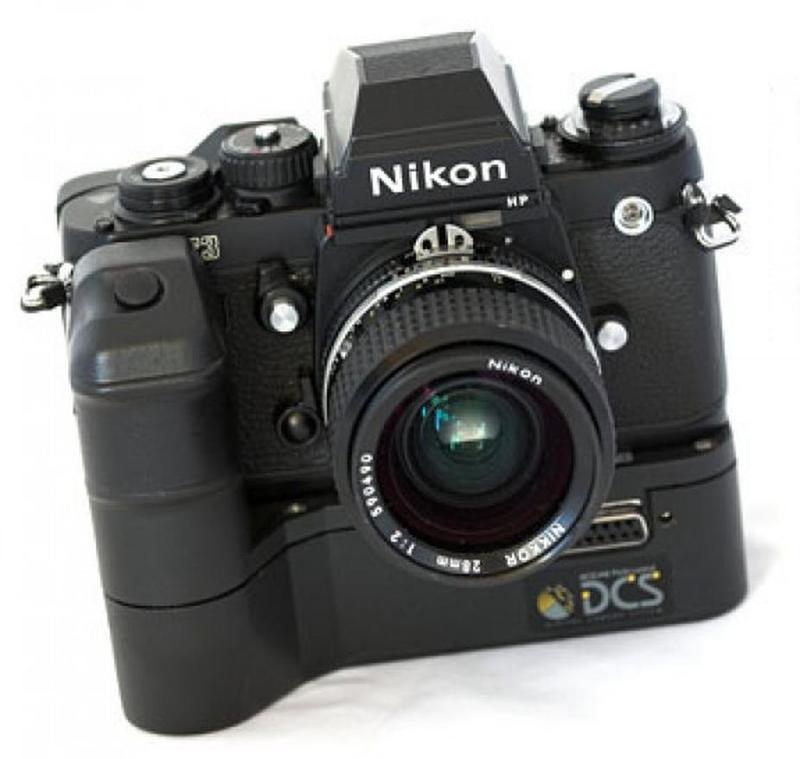 The Kodak Nikon DCS 100 was the first commercially available digital single-lens reflex (DSLR) camera (“Milestones”). With a price tag of $30,000 (roughly $51,000 today), the camera was marketed to professional journalists, such as Associated Press photographer Ronald A. Edmonds. The 1.3 megapixal autofocus camera was a combination of Kodak digital technology and Nikon hardware. The sturdy and reliable Nikon F3 body of the camera was originally developed for military and government surveillance utilizing 1.3MP autofocus technology (Pritchard 2014).

The Kodak Nikon DCS 100 came with a separate digital storage unit (DSU) that could hold up to 156 uncompressed images (nearly 600 JPEGs) (Pritchard 201). Captions and other information could be attached to specific photographs with the use of a keyboard. Modems were also possible accessories, which enabled the transmission of digital images through a telephone line. With all this extra equipment, the Kodak Nikon DCS 100 came with a carrying case reminiscent of the portable darkrooms used during the Civil War. The package included a 200MB external hard drive, batteries, cables, and a control panel (Fig. 2). When put inside the standard large plastic case, the system weighed over 50lbs (Pritchard 2014).

By today’s standards, 1.3MP is not particularly high resolution. Eastman Kodak software engineer James McGarvey said of the DCS 100, “The 1.3 megapixel cameras, the DCS 100, was good enough for newspapers because the small picture in a newspaper was printed at fairly poor quality it didn't have to be amazing. So that was the viability point: 1 megapixel made the images good enough for newspapers” (“The First Digital Single-Lens Reflex Cameras”). In order to create higher resolution images, like those seen in magazines, the Associated Press teamed up with Eastman Kodak to develop more DSLRs, and the AP NC2000 soon became the “standard digital news camera” (Pritchard 2014). 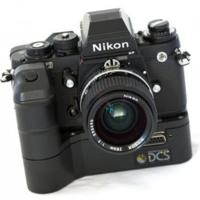 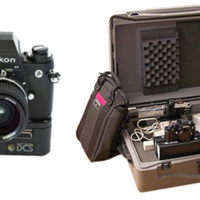