George Eastman first started to experiment with wet plate photography as an amateur in 1978, but felt the process cumbersome. Inspired by British journals on photography, he began formulating his own dry plate emulsions and eventually designed a machine to prepare a larger number of plates. With the business potential obvious and early support from businessman Henry Strong, his growing business became known as Eastman Kodak Company of New York in 1892, named after his innovative and groundbreaking KODAK camera. With that camera, Eastman’s company became a leading force in the 20th century in making photography accessible to the general public. 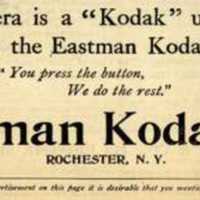 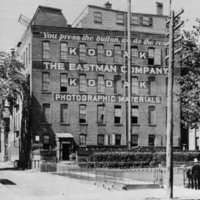