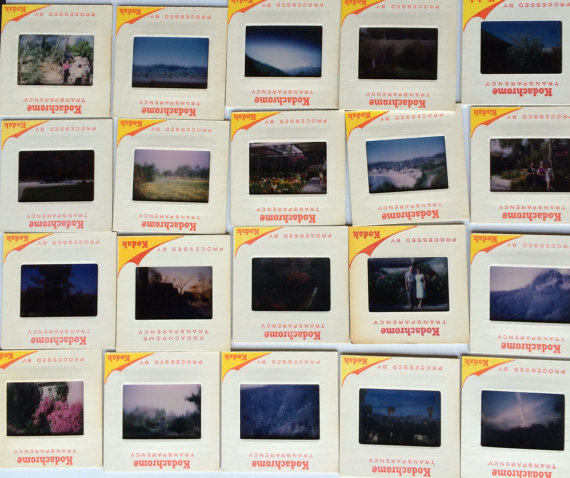 Once photography became a stronghold for both professional and personal documentation, the technology continued to develop to become increasingly user-friendly and stable. Many early techniques were laborious and if not conducted properly, the developed photos would fade over time defeating the intended purpose in the first place. In the laboratories of Eastman Kodak Company, products were further developed to serve the masses and their variety of photographic needs.
The Kodak Research Laboratories became a breeding ground for new developments in chemical processes and eventually color film. Leopold Mannes and Leopold Godowsky are credited with inventing Kodachrome (Figure 1), which was first introduced in early 1935 as 16mm movie film and later as 35mm slide film. The most notable feature of the Kodrachrome 35mm slide film was the three light-sensitive emulsion layers each capable of capturing a third of the color spectrum—red, green, and blue.
In black and white film, there are layers of film emulsion that contain particles of silver halide. When the light passes through the camera lens and hits the film, it creates an excited chemical state known as a latent image. When the film is then developed, the exposed particles form dense areas of black silver. The final image we see is varying densities of this silver—the more light exposure, the more silver and vice versa. This process, however, gets slightly more complicated with color. In color film, there are typically several more layers that make up the film. Starting from the top, there is hard gelatin to protect from scratches, a blue-sensitive emulsion, a yellow filter to absorb any excess blue light, a green-sensitive emulsion, another separating layer of gelatin, a red-sensitive emulsion, a subbing layer to adhere the final emulsion layer to the following support layer, and lastly the backing layer (Figure 2). The technology of excited chemical particles being activated when exposed to light is similar to that used in black and white film, however with color, the three separated emulsions capture different color waves that produce a full color image when overlaid together (Figure 3).
From this new advancement, the color negatives and positive transparencies were widely used for personal slide shows and even more extensively in academic settings. In 1937, Kodak introduced the Kodaslide Projector to show 2”x 2” glass mounted slides (Figure 4). Then in 1939, they introduced the 35mm cardboard Kodaslide mounts, which became almost ubiquitous in homes and classrooms across the country. For uses in education or museums, there were two types of slides—original slides and duplicate slides. Original slides consisted of the unique photograph, while duplicate slides were copies of the original that could be sold, lent, or duplicated further, though at the cost of quality the further away a slide got from the original. Much like museum practice today, which continues to upgrade photographs of the collection as technology advances, museums were busy in the 1930s making 35mm slide images of their collection starting with the highlights and making them available to view in slide libraries within the museum or to purchase (Figure 5). 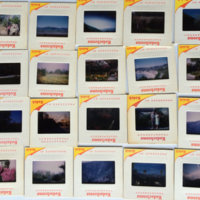 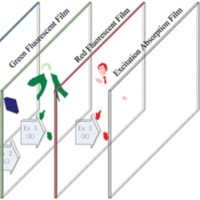 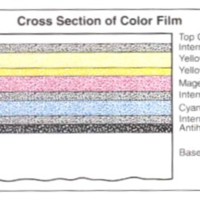 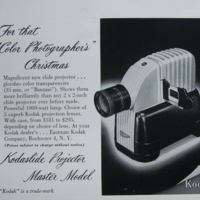 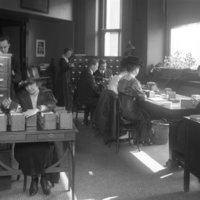