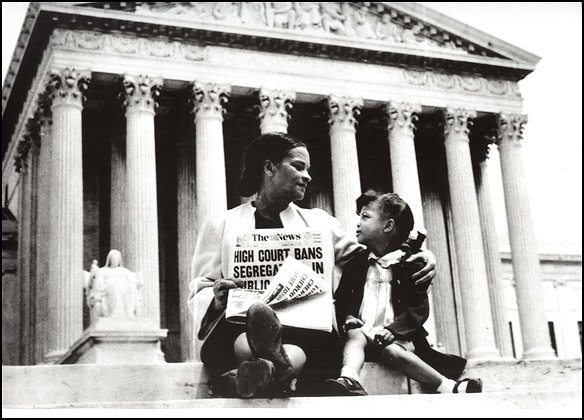 Brown vs. Board of Education

The Supreme Court overturns the Plessy vs. Ferguson decision, which allowed for state-sponsored segregation, with the landmark Brown vs. Board of Education of Topeka case. While Brown vs. Board declared the segregation of public schools as unequal, this case led to the boycotts, protests, and public struggles for equal public transportation, voting, and all other areas of social life. It is the milestone that leads to the Civil Rights Act in 1964. The mainstream media (primarily newspapers) began advocating for racial equality as well. Images of inequality (and equality) in different regions spread throughout the United States, allowing for a sense of solidarity and racial connectivity (McBride 2006). 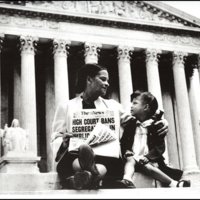 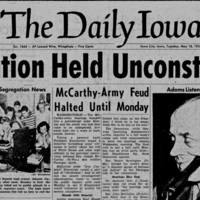