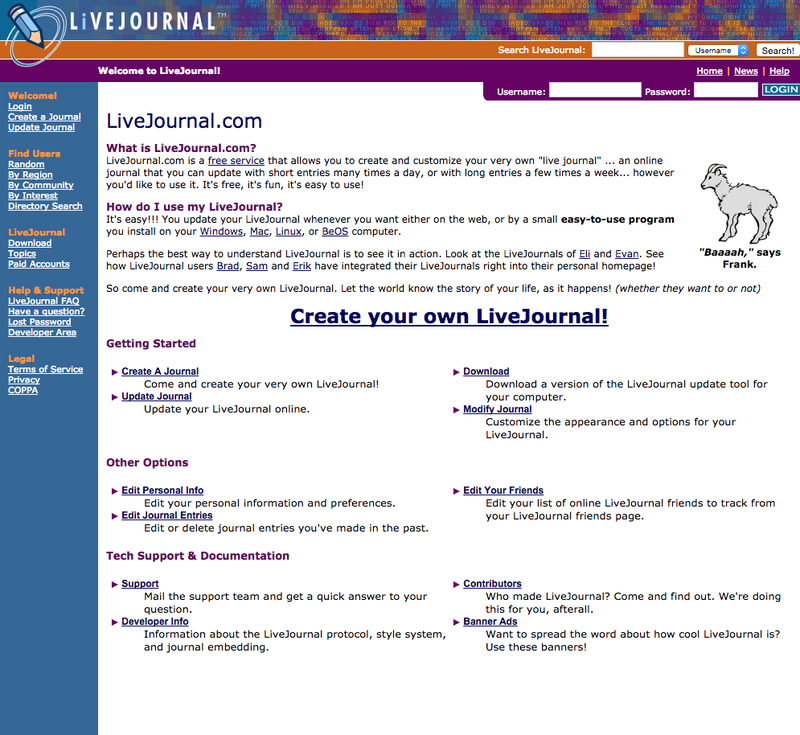 On April 15, 1999, the online blogging website LiveJournal is founded, and unlike its competitors at the time, offered both Friend and Community functions. Thus, while being a perfect platform for personal narrative, since it was a “web logging” or “online journaling” website, it also functioned as one of the first mainstream social communication websites. The “narrative” from Livejournal was also different from its competitors, because it offered a “community, to which the user is eternally confessing” since Livejournal also offered privacy settings. It also only needed basic web browsing skills to be found, and didn’t require any secure hosting/domain name registration, it was easy for any new bloggers or consumers to use. (Moellenberndt 2013; Uszkalo 2012). Since social media had largely been seen as a public place, Livejournal marked this transgression (and transitioning) of public lives and private lives on social media. People felt safe uploading their own personal photos and messages. This transition of public to public and private meant some people also began feeling comfortable with depicting and representing themselves on the internet. 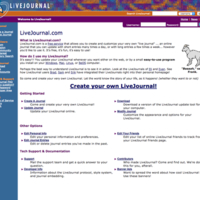