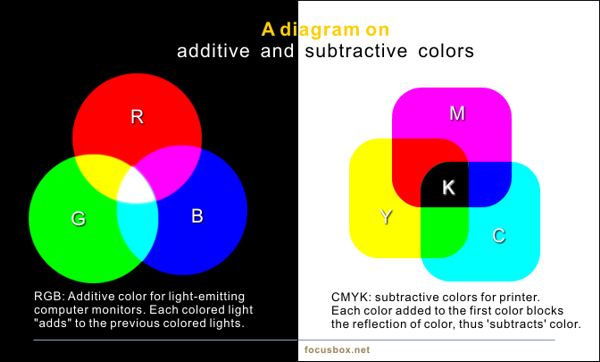 As printing techniques continued to progress at the turn of the 20th century, color became the next big hurdle for photography and eventually printing. With halftone printing, the challenge was being able to better integrate text and image such that the printing process of cheap and streamlined and the quality of the imagery didn’t suffer, relatively, as a result. The technological processes that came from halftone printing directly paved the way for color printing. CMYK printing borrows the same concept that images are formed with a series of dots, however instead of just black ink (K), three other colors are overlaid to produce the intended color—cyan (C), magenta (M), and yellow (Y) (Figure 1). Digital photography captures color using the RGB scale, an additive color process that is seen on computer screens that emit light. In order to print digital photographs, the RGB scale must be converted to CMYK, which is a subtractive process by which the colors are subtracting white light from the paper or surface (Figure 2).

Similar to halftone printing, CMYK images are printed using a series of dots of variable size. When printed successively, the eye combines the colored dots into a smooth image. Since there are four colors instead of one, the dots are printed in an overlapping grid with each color at a slightly different angle (Figure 3). Standard angles are 90° for yellow, 75° for magenta, 105° for cyan, and 45° for black. From the original image, the colors are separated into the four color values through a process called color separation.

Once the color separation is complete—usually through computer software today—it is ready for the printing press (Figure 4). The press is a series of rollers and cylinders. One brings a water-based solution to the plate, while another brings the oil-based ink. Avoiding the areas already saturated with water, the ink sticks to the first cylinder and then is transferred to the ‘blanket’ cylinder, which is the cylinder that will come in contact with the paper (Figure 5). In an industrial sheet-feed CMYK printing press, the paper will come in contact with four ‘blanket’ cylinders each transferring one color from the four screens created through the color separation process. 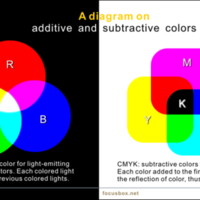 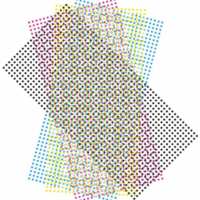 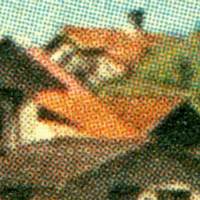 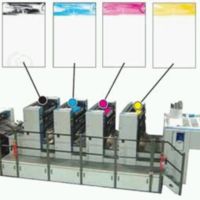 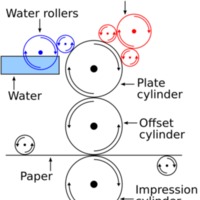