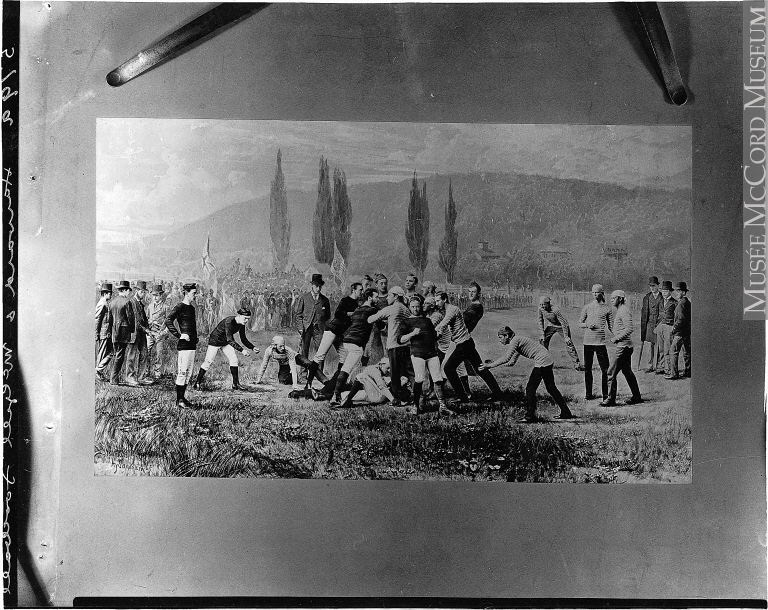 Date(s)
May 15, 1874
Tags
Innovation in Photography Through the Lens of Sport

This image features the first rugby-style football game to be played in North America. The match featured the college teams from Harvard University and McGill University. It is a composite image created by Scottish photographer William Notman, constructed of photographs of players taken in a studio that were later developed and overlaid onto elaborate painted backgrounds. Indicative of the photographic style of the late 19th century, this photograph both commemorates an important moment in sporting history and also represents the labor-intensive medium in which such occasions must have been documented until advancements in photography made on-site photography possible. 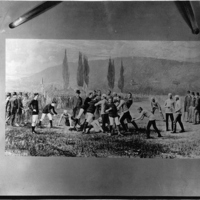