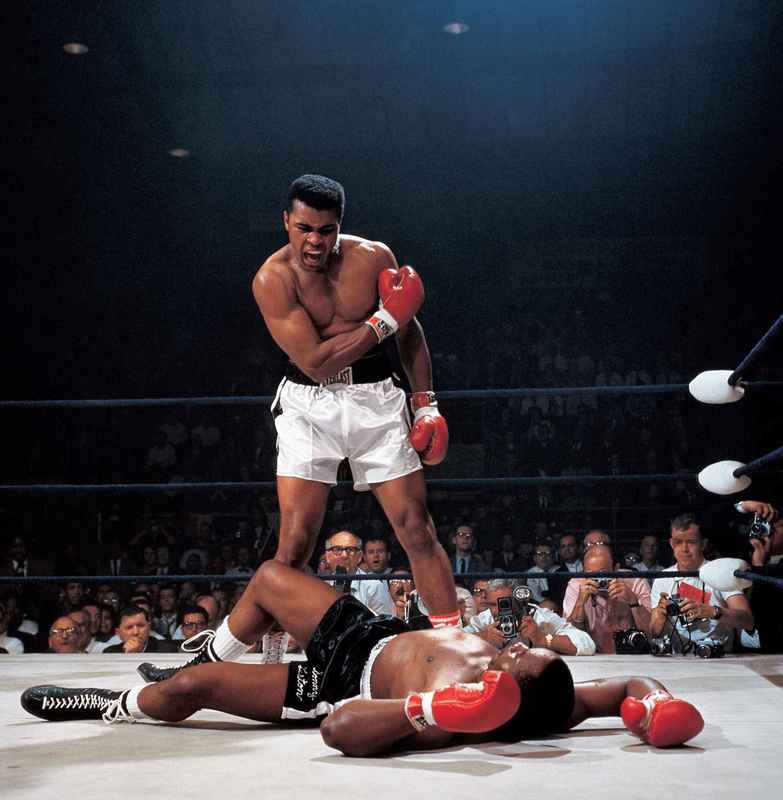 Date(s)
May 25, 1965
Tags
Innovation in Photography Through the Lens of Sport

This image of famed boxer Muhammad Ali’s rematch with Sonny Liston demonstrates not only the artistry of sports photography, but the stylistic significance of candid moments and sincere emotionality. According to reports from attendees of the match, Ali is challenging Liston to stand, shouting "get up!" at him as he believed that Liston was deliberately throwing the match.

Additionally, this photograph depicts the rematch between Liston and Ali, who after their first bout converted to Islam and changed his name from Cassius Clay, making this one of his was one his first fights under his new name and adding additional cultural significance to the fight.

Photographer Neil Leifer notes that the overhead lights above the ring and the smoke from cigars amongst the crowd helped to light this iconic image, which is celebrated as one of the best sports photographs of all time. 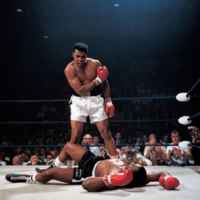