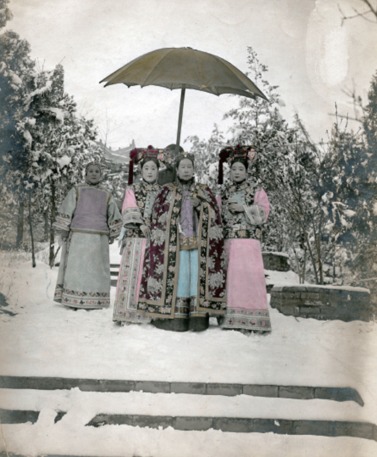 Color photography is photography that uses media capable of reproducing colors. By contrast, black-and-white photography records only a single channel of brightness and uses media capable only of showing shades of gray. After the skill of photography was invented, most pictures are black-and-white. The foundation of virtually all practical color processes, the three-color method was first suggested in an 1855 paper by Scottish physicist James Clerk Maxwell, with the first color photograph produced by Thomas Sutton for a Maxwell lecture in 1861 (Coe 1978). However, it is impossible to make color daguerreotype photo. Instead, people only can make “colorized” photo. Just like painting, people tinted selected areas by hand or mechanically to give the black-and-white photography colors. Their colors are not dependent on the actual colors of the objects photographed and may be very inaccurate or completely arbitrary (Coote 1993).


After photography imported to China, it gradually became popular in the royal court. Empress Dowager Cixi like photography very much and she used the photography to re-modify her reputation.


Due to Empress Dowager Cixi supported the Boxers in the Boxer Rebellion, most of the European countries had negative impressions to the Empress. After the sign of the Boxer Protocol, Cixi needs to remodel her image to the world (Robert 2013). She selected Yu Xunling as the royal photographer.  Yu Xunling had studied photography in France and took many high-quality photos for the royal court (Wu 2016). Though those photos, Yu changed people's impression about Cixi and remained many valuable records. It was not enough for Empress Cixi. She found the way to combine Chinese traditional painting and photography. She commented the royal painter to colorized photos whose took by Yu. The final production of the image was the color photography of Empress Cixi. 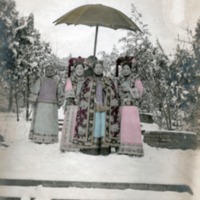 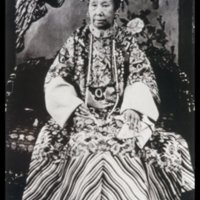