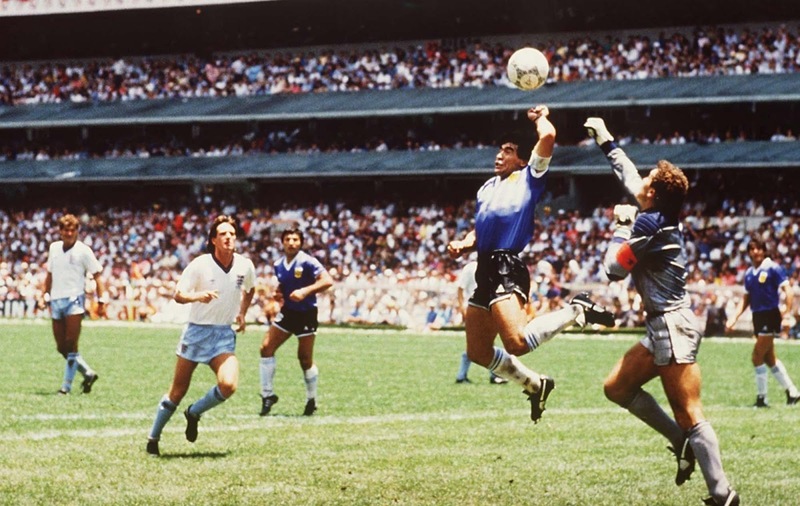 Date(s)
June 22, 1986
Tags
Innovation in Photography Through the Lens of Sport

In the 1986 World Cup quarterfinals, Argentinian national football player Diego Maradona made contact with the soccer ball with his hand and as a result, the ball was knocked past the goalkeeper (seen right) and into the goal. The controversial goal was allowed, and Argentina went on to win the match against England.

This image is representative of the high shutter speeds of cameras used to photograph sporting events that had become available by the mid-1980s. Prior to the invention of anti-blur technology in modern digital cameras, the only way to capture an image this clear while the ball is in motion is to have a shutter speed of at least 1/500s. 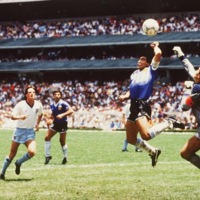