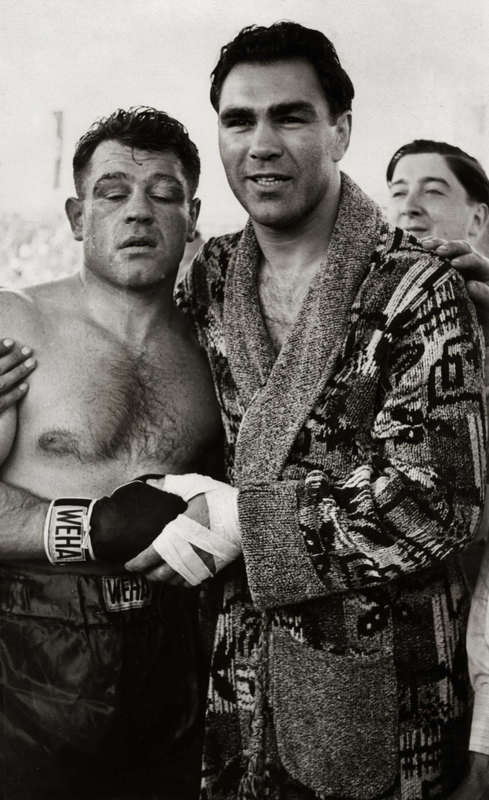 Creator
n/a
Date(s)
c. 1939
Tags
Innovation in Photography Through the Lens of Sport

Slow-motion technique has become a staple of sports broadcasting in the last eighty years. Among its uses include the ability to review a play or motion in a match to determine the legality of an action, which has become particularly controversial in the wake of digital video, or to revisit particularly impressive sequences of motions in order to craft exciting broadcasts for at-home viewers. Thought this technology would not become feasible for live sports broadcasting for another twenty years, slow-motion directly led to television videography techniques such as instant replay, stop action, and freeze frame.

In 1939, German heavyweight boxing champion Max Schmeling knocked out his opponent Adolf Heuser in just 71 seconds in a contest for the European Heavyweight Title. The television broadcast of this match marked not just one of the earliest uses of slow-motion replay in sports imaging, but was one of the first times the technique was ever used. There are two main reasons why this was possible at the time. The first was that the event was recorded onto 35mm motion picture film rather than videotape, which was larger and more manipulable. The reels of film could simply be played back at a slower speed of rotations per minute, which remained the principle factor behind the technique even as television broadcasts switched to videotape and analogue video discs in the 1960s and 70s.

Additionally, this technique was particularly effective for this bout because how brief it was. With just over a minute of live footage, broadcasters were able to manipulate the recorded video rather quickly, rather than in an event such as a live football game, which has become one of the most popular sporting events in which slow-motion technique is now used.

Interestingly, Schmeling himself became a proponent of video manipulation and used it to prepare for his own fights. While preparing for a match in the mid-1930s, sports reporters noted his interest in video:


"But an overconfident [Joe] Louis trained lackadaisically, while Schmeling studied Louis methodically, attending one of his fights and studying his fight films backwards, forwards, and in slow motion. He noticed that Louis dropped his left arm after jabbing, leaving his face exposed to short, straight rights. That happened to be Schmeling's best punch." 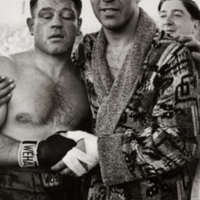