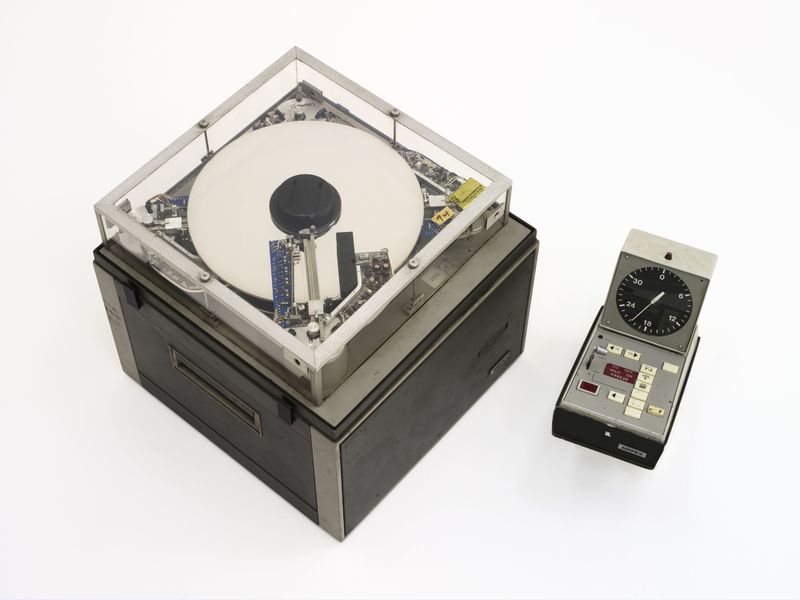 In 1967, electronics company Ampex developed the HS-100 PAL 4 Channel 2 magnetic disc video recorder. Video was recorded on an analogue disc that weighed five pounds and made 60 rotations per second. It could record up to thirty seconds of video that could then be replayed in slow motion, stop action, or freeze frame.

Prior to this year, disc recording of live video was tested for the first time during a televised football game on the Columbia Broadcasting System (CBS) on July 8th, 1965 (Howe). The MVR Corporation had created a "freeze action" video disc recorder, but it could only record 20 seconds at a time, or 600 frames. Due to the fact that recording video to disc took up a significant amount of storage space, the technology itself seemed particularly suited to short bursts of action, such as instant replay in sporting events.


"Ampex [created a] spinning a metal disc at 1800 [rotations per minute] with a series of recording heads moving across the platter, making 30 video tracks per second, to record 30 seconds of normal motion. Each track held one video frame. If the heads were slowed down, less than 30 tracks were played back at 1800 RPM, creating the slow motion effect. If the heads were stopped as the platter continued to spin at 1800 rpm, a freeze frame was created" (Schoenherr).

The unit itself was quite large. According to the Museum of Applied Arts & Sciences Australia, "the disc recorder consists of four separate units, including a control panel with primary controls and seconds timer, a fine control unit for recording and playback, a control unit for amplifying and power regulation equipment and the video disc player itself." Interestingly, because the HS-100 stored video on analog discs, slow motion replay was produced by hand — one simply had to move the head slower than 30 RPM in order to play the footage back in slow motion (Howe).

This product was designed specifically for the American Broadcasting Company (ABC) for its sports broadcasting programming. It was first used on March 18th of that year to broadcast the World Series of Skiing from Vail, Colorado as part of ABC’s “Wide World of Sports” series. It was used to show playback of the events in normal or slow speed as well as stop-action, and it marked the first instance of instant reply being used in commercial television of any genre. 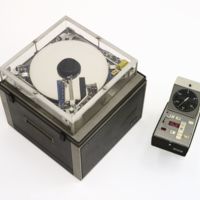