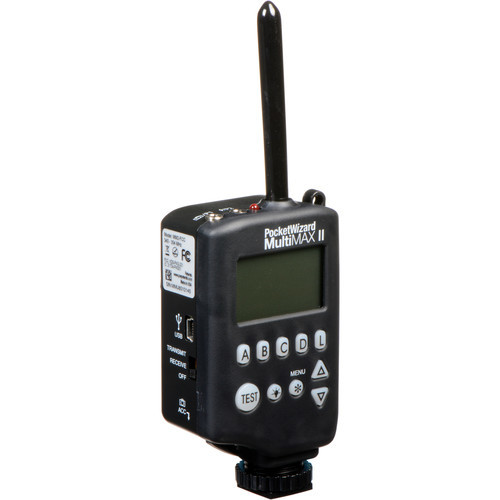 The Pocket Wizard, developed by American electronics company Lab Partners' Associates (LPA) Design, is a type of wireless triggering system for cameras to operate remotely. It functions by transmitting a wireless radio signal to a unit connected to the body of the camera, which in turn triggers a receiver connected to a remote flash unit and prompts it to fire.


"The [predecessor to the PocketWizard, the FlashWizard] became more widely used in the 90’s and grew a following of professional photographers. A crucial moment in its history came at an NBA Finals game where event management had insisted that everything be hard-wired as they didn’t trust 'these new-fangled wireless devices.' During halftime, pianist and singer Bruce Hornsby did a show on the court and as the crew rushed to get the piano off the court a leg snagged on a bundle of cables on the sidelines. With no time to unsnag the cumbersome piano, a knife appeared and with one slash, cut through all the cables, including those to all the overhead strobes. On hand was Jim Clark, one of the brains behind LPA, and he quickly called the photo assistants and had them pull the cords on the remote flashes and rely solely on the wireless FlashWizard radios. The second half went on without missing a shot (at least for the photographers) and from that moment, sports photographers have been a leading user of PocketWizard Wireless Freedom™" ("The PocketWizard Story).

There are two significant uses for remote transmitters such as the PocketWizard in sports photography. The first is for aesthetic reasons — sports photographers may want to separate their flash equipment from the body of their camera in order to light their subject from further away, and this type of wireless system makes this possible. "For 'sportraits' [sport portrains], radio triggers are the way to get your flashes off your camera," notes sports photographer Mark Shaiken.

The second use is for creating the illusion of being in two places at once. They've become indispensable tools in capturing "photo finish" moments at the end of racing sports, such as running as well as auto and horse racing. Photographers are able to do the work of an entire team on their own by mounting cameras with remote starters at the finish line, leaving them free to wander about the track and photograph additional moments as well as the winner crossing the finish line. Also, LPA notes that sports photographers are more likely to use this tool for firing the shutter remotely than the flash, as this allows for them to mount their cameras at high angles or in tight spots where they themselves cannot maintain access. 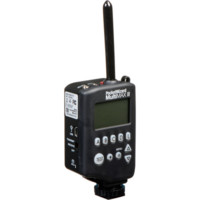