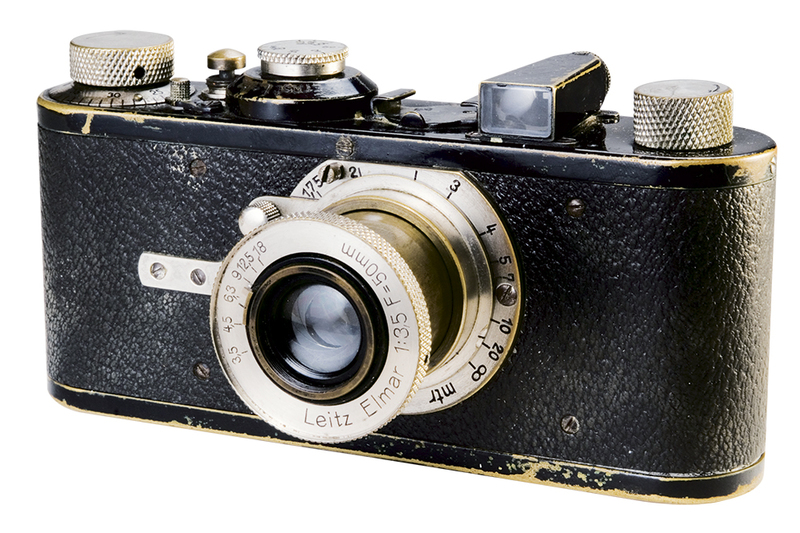 The brainchild of Oskar Barnack, the Leica I was yet another pivotal moment for the evolution of photography. It was launched at the 1925 Leipzig Spring Fair in Germany and rocked the world with its innovation because “this was a time when it was still common for glass plates to be used in cameras, and those that took roll film were thought of as miniatures” (Wade). It was a still image camera that took 35mm movie film, a first step in extinguishing the gap between photography as an elitist or professional pursuit and photography as a socially institutionalized phenomenon. It was a notable step in the democratization of information and the implication of photography as a mode of communication.
Barnack joined Leitz, a manufacturing company founded in 1876 in South Germany, in 1911 and immediately began to work on a movie camera that used 35mm film, which was the standard movie gauge at that time. Emulsion speeds of the then current films were unpredictable so precise metering was impossible, and Barnack intended to build a new device that could test small batches of movie film. Unknowingly, what he had actually invented was a miniature, still image camera.
At that time, “35mm movie frame size measured 18x24mm, with film running vertically through the camera” (Wade). In 1913, one year before The Great War, Barnack ran the film horizontally which doubled one of the frame dimensions and “created the 24x36mm negative size that became the standard for 35mm still photography” (Wade). The shutter speeds on these cameras were “not designated in fractions of a second, but rather as the width of the slit in the focal plane shutter” (Wade).

Sources
Wade, John. “The Leica I: The Camera That Changed Photography.” Shutterbug, 13 July 2015. 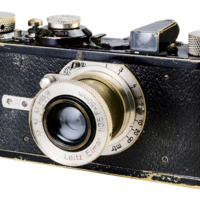