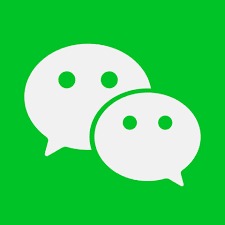 Creator
Tencent
Date(s)
2012-08-23
Tags
Citizen Journalism and Challenges in China, Portal: The Looking Glass between Chinese and the Outside World

WeChat is currently the most widely-used social media mobile application in China created by Tencent one of the internet technology conglomerates, and it functions for instant communication, social network, media production, e-business and customer services simultaneously. WeChat official account platform was released on August 23, 2012, providing a cooperation and promotion service launched for famous persons, government, media, and enterprises. According to the description from the platform’s official website, “WeChat official accounts can promote their brands to billions of WeChat users through this WeChat channel, thus reducing publicity cost, raising brand popularity, and building up more influential brand images.” It is completely free to register a WeChat official account yet it requires real-name authentication of the applicant by submitting official documents for organization and enterprise applicants or photos of ID cards for individual applicants.

WeChat official accounts fall into subscription accounts and service accounts. The former type allows media and individuals to send one group message to subscribers per day and to receive from and reply readers; the latter is designed for business service and user management for enterprises and organizations, for example, users could review bills via a bank’s service account and check package delivery status in a mail company’s service account. WeChat subscription accounts significantly generate the development of We-media in China since an array of people open their own subscription accounts and build up their media brands by providing appealing and compelling contents constantly. It also reshapes the public sphere as these amateur media producers actively transmit news and express their concerns and pursuits on social and political agendas on behalf of different communities.

Compared with the Twitter-like social media Weibo (microblog), the social network in WeChat is more interpersonal based on off-line relationships with family members, friends, classmates, colleagues, business partners, etc. The information transmission tends to be more localized compared with Weibo where direct connections can be established between strangers. The comparatively enclosed network makes it an alternative way to evade the watchful eyes of official authority from sensitive discussions, which will not attract the surveillance’s attention until producing widespread influences. It is difficult to execute censorship directly on contents produced by the growing grassroots “journalists”, “reporters”, “columnists” since they are so dispersed. But People’s Daily, Xinhua net, and many other media institutions in China now regularly publish assessment reports on Weibo, WeChat and other large SNS websites to monitor public opinions as wells as to evaluate the performance of all levels of government on the social network. Social media in China provides the platform for free speech and internet democracy, but the space is squelched by continuous outside pressures.

A couple of years after the launch of the WeChat Official Accounts Platform, the bonus period of this feature was over in that the number of official accounts had reached saturation. To revitalize it, WeChat has made many improvements. In 2017, WeChat introduced the Mini Program function, which empowers businesses and developers to provide users with a direct app-like experience and more flexible engagement. At the end of 2018, WeChat added a new social referral dimension for articles of official accounts. There are two sections in its module, "Top Stories," one is "Top," showing articles recommended by algorithm, and the other is "Wow," referring to ones recommended by friends.

Based on the huge scale of WeChat users, the WeChat Official Accounts Platform has become a key access to browsing news and getting information for Chinese Internet users. For example, during the pandemic, the combined use of official accounts and mini programs demonstrates the strength of WeChat's competence in integrating and supplying information. Every day, local governments will notify new cases of the area through subscription accounts, and with specific mini programs, users can view the real-time maps and statistics on the spread of the pandemic.

Although because of the limitation of notification pushing, WeChat official accounts do not have an advantage in the timeliness of news, and is even prone to lagging contents or fake news resulting from its blurred time, its communication mode based on social relationship enables a unique ecology and dynamics of information disseminating on this platform. The restricted nature of the WeChat social network leads to a closed loop of communication among official accounts, chats (especially group chats), and Moments (the social media feature of WeChat). According to WeChat founder Zhang Xiaolong's lecture in 2019, the readers of an article on official accounts mostly come from the forwarding of Moments. In this sense, WeChat has become a significant portal of information acquiring in China. 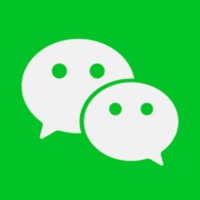 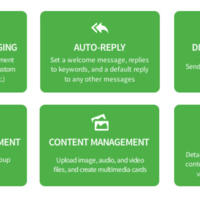