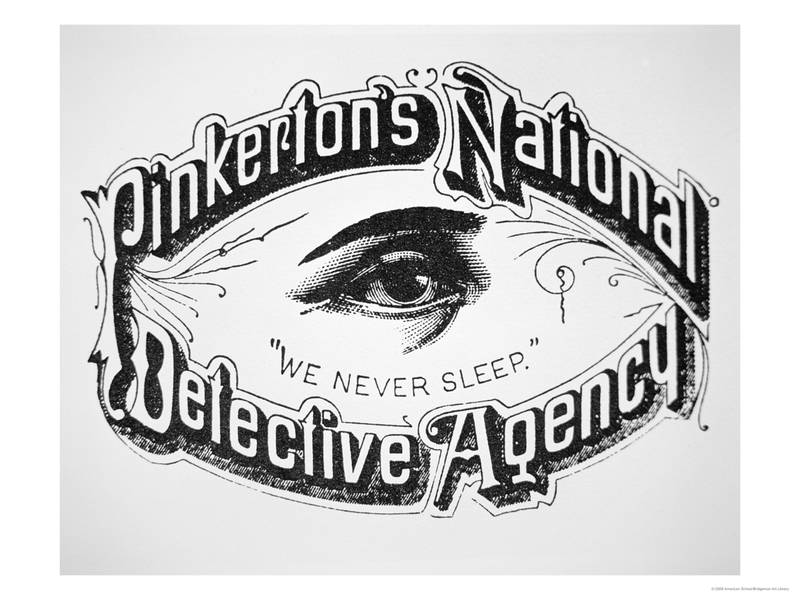 In the mid-1850s, several railroad tycoons saw the need for greater control of their employees and decided to jointly sponsor a private detective agency to protect from corporate risk (Morn 1982). The Pinkerton National Detective Agency, founded by Allan Pinkerton, was the largest private law enforcement organization at the height of its power (Becker 1974). By 1871, Congress was regularly contracting out Department of Justice work detecting federal criminals to Pinkerton. Though the Anti-Pinkerton Act of 1893 purports to limit the federal government’s ability to hire private investigators or mercenaries, in actuality the United States is a consistent customer of such services.

Allan Pinkerton developed an interest in detective work after accidentally discovering a notorious bandit gang in the woods near his house. The fame he got after reporting the incident to the sheriff led to his appointment as Chicago’s first police detective in 1849. Pinkerton alleges to have prevented Abraham Lincoln’s assassination while providing security at the president’s inauguration and was awarded the position of Lincoln’s security detail and the Union's military counterintelligence contractor throughout the Civil War.

Following the war, the Pinkerton National Detective Agency continued to pursue federal outlaws and railroad bandits. Pinkerton also became associated with strikebreaking, leading famous anti-union attacks with goon squads and militias on behalf of corporate interests. The La Follette Civil Liberties Committee investigated violations of free speech and labor in 1936 and determined from destroyed records that Pinkerton had 1,288 operatives in “practically every union in the country,” a fact which enraged the public (Williams 1998). The agency still exists today as a corporate risk management security contractor. 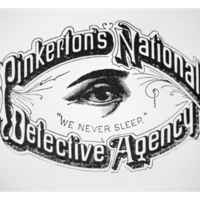