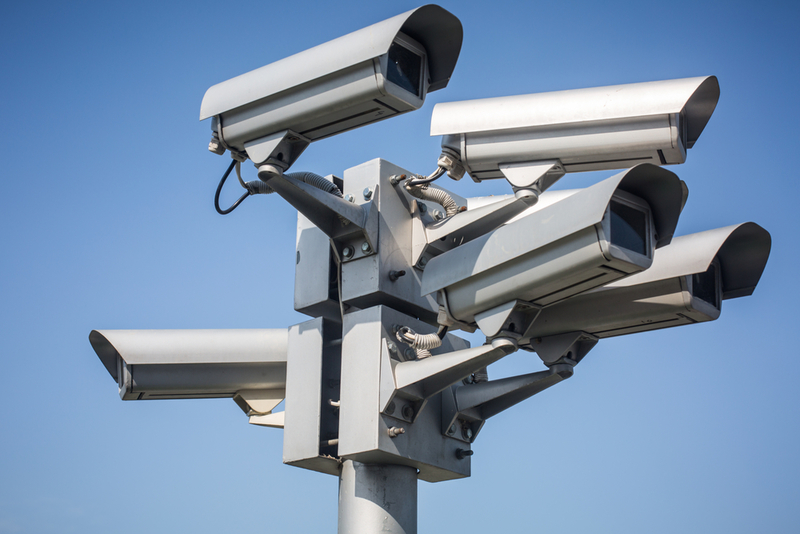 Closed-circut television (CCTV) is the use of video cameras to transmit a signal to a limited set of monitors. Though almost all video cameras fit this definition, the term is most often applied to video surveillance, or the monitoring of areas requiring extra security. CCTV differs from broadcast television in that the signal is not openly transmitted, and is thus built on the premise of security with connotations of control. Nazis were the first to invent and install CCTV to monitor the launch of their V-2 “vengeance rockets” targeting Allied cities (Dornberger 1954). CCTV cameras are operated by government agencies, but the majority of video surveillance cameras monitoring the general public belong private businesses to protect their assets. However, the United States reserves the right to seize private security footage as it sees fit. Capital and government are mutually reinforcing systems that manufacture “security” to privileged populations.

Surveillance footage did not exist before reel-to-reel media enabled the recording and storage of information. The earliest video monitoring systems were what John W Clark coins “telechiric machines,” devices operating in a hostile environment under remote control by a man in a safe environment. This prefigures the unilateral power relations afforded by advances in weaponry such as photography and flight. These technologies create the asymmetrical risk which characterizes modern American warfare. The preservation of American soldiers’ lives at all costs echoes this surveillance logic of metaphysically uneven borders, through which one space can penetrate another visually and even, with flight and drone technology, physically, yet still be removed from the zone of conflict and have no risk exposure. VCR technology which allowed for erasure, time-lapse, and motion-only recording universalized the practice by lowering the cost. Now machines could independently monitor spaces with less and less human input. Through CCTV, public space itself and the chanced impressions of movement becomes indexable and retroactively useful in investigations. Video ups the ante on Bertillon-style bureaucratic filing by disseminating exponentially more images that can be taken clandestinely, in public, without booking or probable cause. 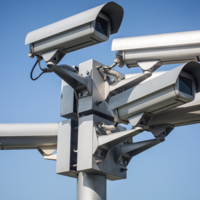