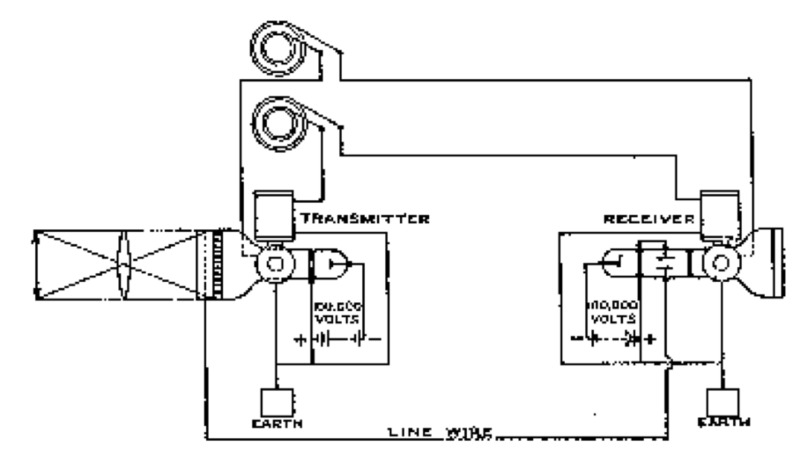 In 1897, German Physicist Karl Ferdinand Braun invented the earliest version of the cathode ray tube (CRT). Therefore, the CRT is also known as the Braun’s tube. Before digital and smart television become commonplace in modern society, most television used cathode ray tube (CRT), an electronic vacuum tube to display images or videos on the screen (University of Oxford Department of Physics 2018).
A cathode ray tube consists of several basic elements, which have been shown in the diagram. From the diagram we can see that the early CRT includes a vacuum sealed tube and on the tube there's a cathode and an anode. Attracted by the anode, electrons will flow from the cathode towards the anode. And in the anode there is a small hole, which allows a small bit of electricity to pass through, generating a beam of electrons.
After discovering the path of electrons, scientists began to use coils to defect electronic beams to control the direction of certain beams of electrons. The second illustration demonstrates how could coils deflect the movements of electrons by producing an ELF (extremely low frequency electromagnetic) field.
The two illustrations only show the simple form of CRT, for modern color television, the construction in the tube is much more complex in order to produce color images. Therefore, in color television there are three electron tubes in the CRT system and they are responsible for color red, green and blue separately to deliver color images on screen.
CRT was an important component for the early exploration of electronic television, it was adopted by inventors to make electronic television become a reality. On September 7, 1927, the American inventor Philo Farnsworth invented a television that adopted CRT, which was regarded as the direct ancestor of modern television (Erik Gregersen 2018). Though the first image that was transmitted was a simple straight line, it opened a new chapter for television development in history. Since electronic televisions have more stable and higher image quality than mechanical televisions, it achieved great commercial success and gained great popularity. In the late 1930s, electronic television replaced mechanical television and became the dominant type in the market. However, due to the World War II, the development of television in the worldwide had been slowed down and television didn't become a public entertainment. 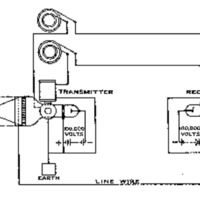 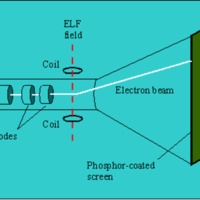