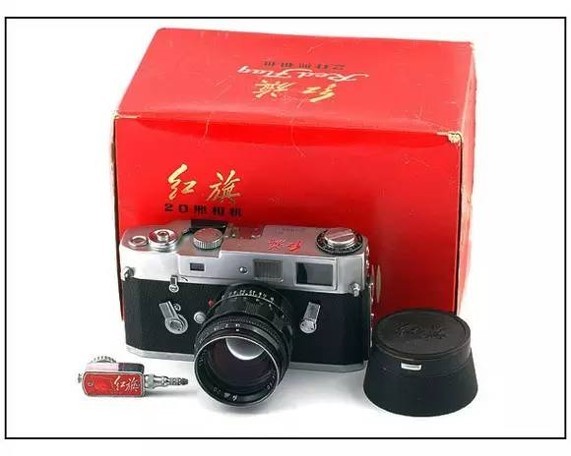 The Red Flag 20 is a copy of the Leica M3 and Leica M4. This product made in Shanghai in about 1971-76. It has the Leica M lens-mount, and three lenses were made for it. The standard lens is a 50 mm f/1.4 Ref Flag 20, a copy of the Summilux; the other lenses are a 35 mm f/1.4, also a Summilux, and a 90 mm f/2 Summicron copy (The Camera-wiki). The viewfinder has frames for all three lenses. The camera is supposed to have been made on the orders of the government. Less than 200 cameras were made; it was not intended for commercial sale.

Mao's wife, Madam Jiang Qing was very keen on photography. She worked as an actress in Shanghai in 1930s and had several affairs with some stars of that period. During the Cultural Revolution, Madam Jiang Qing's role was mainly to control the art movement for the campaign's propaganda. Being loyal to Mao, she took a quite number of Mao's portraits and published them under different pseudo-names (Wu 2016). When the Iranian king visited China, he gave Leica M3 as a gift to Madam of Mao, and she adored immensely. Sooner, Jiang Qing ordered the copy production of Leica M3 and gave her M3 to Shanghai Camera Factory as a template (Robert 2013).

In the 1960s and 70s, China was pursuing an economic policy of absolute self-reliance and attempted to produce anything it needed. For this reason, the copy production of Leica M3 was a huge challenge to China's manufacturing industry. Every part of the original M3 was measured and then hand-copied. Many institutes, universities and research centers were involved in the process, and special glasses were imported from East Germany (Wu 2016). The first batch of Red Flag 20 kit came out in 1973 with three lenses, 35mm f1.4, 50mm f1.4, 90mm f2, exact copies of Summilux and Summicron (Camera Encyclopedia). Meanwhile, the Shanghai Camera Factory also made some modifications, including the back-door film loading mechanism (Robert 2013). The production cost was unsustainably high, so only a total of 187 cameras rolled off the production line (Tencent). However, the quality of the Red Flag 20 is said to be a long way behind Leica but is of excellent collection value due to its rarity and unique history.

"Jiang Qing at her trial in 1980." Wikipedia. https://en.wikipedia.org/wiki/Jiang_Qing#/media/File:Jiang_Qing_at_trial.jpg 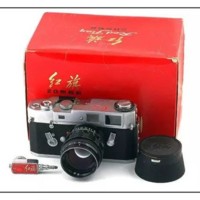 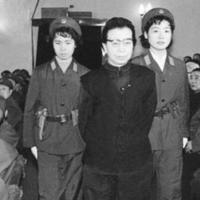