Cable television is another important development in television industry. Generally speaking, any system that distributes television signals via radio frequency (RF) through coaxial or fiber-optic cables can be regarded as a cable system This technology originated in the United States in 1948. At that time people could only receive poor signals in mountainous and remote areas due to long distance or obstructions (Connors 1996). To enhance the poor reception of over-the-air television signals, people put antennas on hills and run cables to their houses. The cable system has developed fast since it was created. By 1952, there were only 70 cable systems serving 14,000 subscribers in the United States, but in the early 1990s, cable television had reached about half of the homes nationwide (California Cable and Telecommunications Association 2018).
When adopting the early forms of cable systems, people would use extremely long cables to connect antennas to subscribers' television sets. Because the signal from the antenna became weaker as it traveled through the cable. To resolve this problem, cable providers had to insert amplifiers at regular intervals to boost the strength of the signal (Franklin 2000). In the late 1950s, cable operators began to take advantage of the cable system’s ability to distribute distant signals and therefore the role of cable transformed from “one of transmitting local broadcast signals to one of providing new programming choices” (California Cable and Telecommunications Association 2018).
During the 1960s, the cable system was widely adopted in large cities where local television reception was weakened by the reflection of signals from tall buildings. This cable system is known as community antenna television (CATV). Today, even though many cable televisions have been replaced by digital or smart ones, cable can still provide video entertainment, Internet connectivity, and digital telephone service to millions of consumers (The Cable Center 2018). 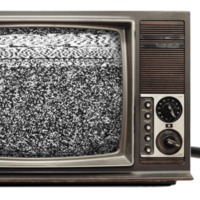