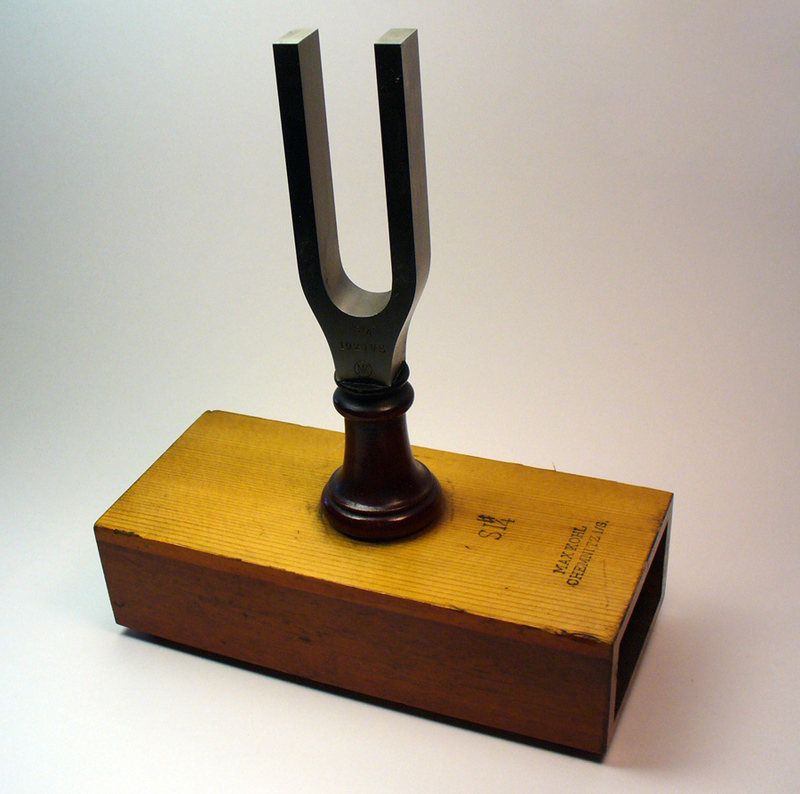 Invented in 1711 by John Shore (Sergeant trumpeter and lutenist of the court), the tuning fork is an acoustic resonator that, when struck, emits a pure musical tone. A tuning fork consists of two prongs, formed by a U-shaped, metal bar (typically steel), and, as the name suggests, is used for tuning musical instruments. The tone that is emitted is consistent, with its overtones quickly fading as most of the vibrational energy at the fundamental frequency of the fork. This results in the creation of a pure sine wave at a given tone, making it easier to tune an instrument, due to the lack of distortion in the tone.

Where the mass production of sheet music allowed for dissemination of music, the tuning fork greatly impacted its capacity to be performed. It doesn’t take someone with perfect pitch to hear the discomfort in dissonance when instruments are not in tune with one another. More significantly, the use of a tuning fork allowed for instruments to be tuned to the concert pitch of a piece of music. In laymen’s terms, the concert pitch establishes the frequency of the note A, above middle C. Prior to the standardization of A = 440 Hz, the concert pitch of a given piece varied around the world, ranging from 400 to 450 Hz, by the end of the 18th century. This meant that, while the information depicted on a piece of sheet music was universally understood, the actual sound could vary greatly. For example, if a piece was written at A = 450 Hz, but performed by an orchestra tuned to A = 410 Hz, it would sound much lower in pitch. Furthermore, this complicated the practical possibilities for musicians – and especially singers – to perform the right notes. At one level, the notion of “right,” in this context, is about artistic intentionality. Historically speaking, however, the widespread use of the tuning fork lead to something of an arms race when it came to performance, which resulted in “pitch inflation.” Musicians in competition with one another strived for a more “brilliant” sound, as it seemed more precise. Objectively, tuning up an instrument does create a more brilliant sound; the tightened strings result in higher amplitudes of the harmonics of the notes. In the case of non-stringed instruments, it’s more often a phenomenological matter of comparison (a very rough example would be listening to a 45 rpm song, playing it at 33 1/3 rpm, and then replaying it, again, at 45 rpm).

Ultimately, the implementation of the tuning fork meant that music could be more accurately performed, thus more accurately reinterpreted, in both live and recorded performance. 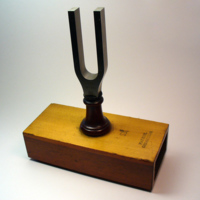