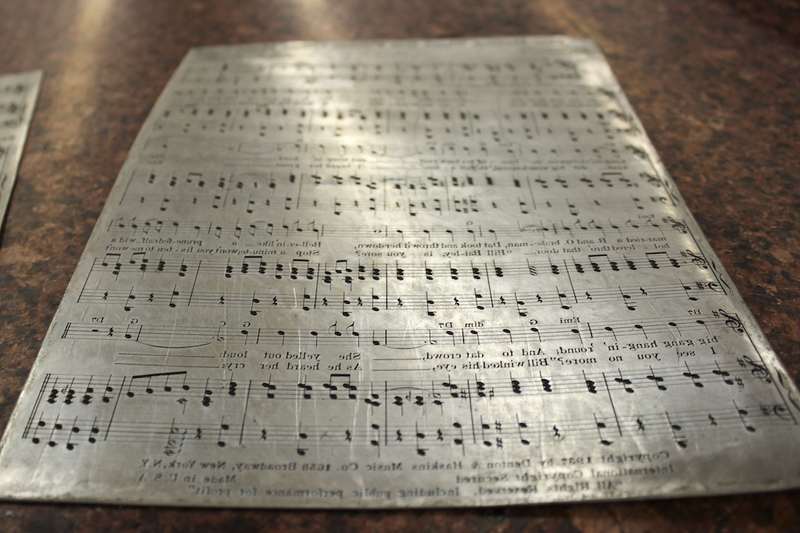 Date(s)
1581
Tags
Sampling: A Historical Overview of the Democratization of Music

The advent of the mechanical printing press (created by Johannes Gutenberg in 1439) is, without doubt, one of the most important technological advancements in the history of human civilization. Its creation lead to an explosive growth in our capacity to disseminate information, eliminating the need for hand-transcription and oral tradition: it is the genesis of mass media. Because of its importance, most contemporary forms of media, literature, or artistic or academic study can trace its lineage to the printing press. In the case of sampling, however, the significance of the printing press is found with its capacity to quickly duplicate sheet music.

While the earliest depictions of musical notation dates back to Sumerian cuneiform tablets from, roughly, 2000 BC, the application of plate engraving for reproducing sheet music occurred in 1581. Prior moveable type presses were inefficient for printing sheet music since – unlike text – it depicts a much more intricate series of commands and information, including musical notation, rhythm, dynamics (e.g. crescendos), staff lines, and more, all laid over one another, in innumerable combinations. The complexities of these arrangements meant that only rudimentary prints could be made with moveable type prints, requiring further annotations to be done by hand, making them time consuming and economically untenable. By engraving a mirror image of a sheet of music on a metal plate, the application of plate engraving allowed for a substantial increase in efficiency and mass production of sheet music.

Prior to this innovation, the aforementioned inefficiencies of earlier attempts at mass-producing sheet music meant that composers often held the only copies of their music. As such, the only way to consume a piece was often to hear it performed by said composer. Mass-produced sheet music meant that the music itself was no longer bound to the composer; it could now be played by any other musician of sufficient training, turning music into a distinct creative commodity, arguably marking a significant departure from the artistic ownership we would associate with any other artist and his or her work. While this had a marked impact on the economics of musical instruments and print media, as well as music literacy and the industry of music as a whole, it made interpolation – a specific form of sampling – possible. Music could then be performed, modified, and reinterpreted by artists in their own capacities. 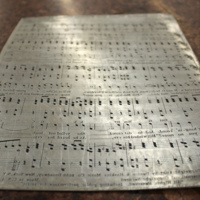