The context for the transmission of the highest path in the Dharma is made possible because the Guru is transmitting a direct introduction that is beyond any limitations, particularly those of space, place or time. Chogyal Namkhai Norbu is taking a previously unheard of approach, one now followed by exponents of all the schools of Buddhism; webcasting the Teachings. This possibility manifests with the use of WebEx. Subrah Iyar and Min Zhu founded WebEx in 1996. Krimo Salem co-created the video conference call software under the name ActiveTouch, which renamed to WebEx.. Zhu had co-founded Future Labs (one of the first companies to produce multi-point document-collaboration software) in 1991. Zhu met Iyar, then a vice-president and general manager of Quarterdeck, when Quarterdeck acquired Future Labs in 1996. Iyar became president of Future Labs, which had become a Quarterdeck subsidiary, and the same year Iyar and Zhu went on to co-found WebEx. On March 15, 2007, Cisco Systems announced it would acquire WebEx for $3.2 billion.(Wikipedia)
WebEx is a set of tools designed for personal and corporate collaboration. It’s used to connect to others, typically
through the internet, and allows you to communicate with audio, video, text chat, file sharing, whiteboard and other
features.
WebEx uses:
• To hold and attend online meetings, collaborate on team projects, and share documents
• To record/capture class lectures and facilitate student discussions for distance education
• To watch and attend presentations, communicate with the presenter, and collaborate with remote participants
How does it work?
WebEx software is delivered over the web as you need it. The first time you attend a meeting, WebEx will
automatically install on your computer – and takes only
You can use WebEx from any computer with an internet connection, and from most smartphones and tablets. You can schedule a WebEx lecture or meeting ahead of time, or start one spontaneously as needed.
If you use WebEx to invite someone to a lecture or meeting, they will receive an email that allows them to attend.
Attendees don't have to have a WebEx account. Your invitation includes a link they can click to join you online. (University of Lethbridge) 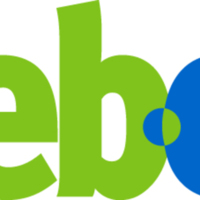