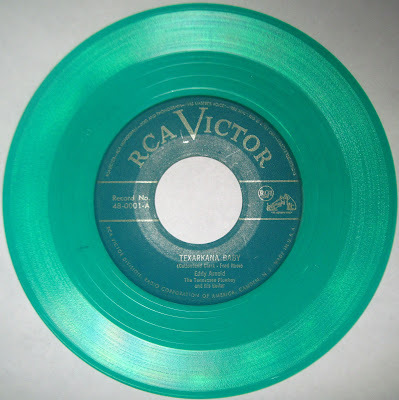 Thomas Edison invented the phonograph in 1887 by connecting a thin membrane to a needle, which touched a cylinder covered with tin foil, prompting sound waves connected to a diaphragm. This process would move the needle which would then carve vibrations into the tin foil cylinder. Emile Berliner created a similar device, but instead of carving the vibrations into a cylinder, the needle would etch into a flat disk. Once one created a master disk, it would be pressed into shellac originally, and eventually in time vinyl. This disk would be read by a stylus, which would be activated once the listener moved the tone arm onto the record.
Originally, records were produced at 78 RPM, but the shellac material was fragile and inefficient. In 1948, Columbia Records released the 33 1/3 RPM long-playing record, or LP. This record was pressed into vinyl, not shellac, and could play twenty minutes on either side. Columbia’s competitor, RCA Victor, released a competitive record the next year: the 45 RPM, which played only one song on either side—the origin of “singles.” These records were much smaller in size, also pressed into vinyl, and could be played on small, portable record players. It was usual by the 1950s that a middle class family would have a phonograph in the living room, and that adults would buy 33s, to play classical music. Teenagers were more likely to buy 45s, which could be played on small devices kept in their own rooms (“phonos”).
Over time, the records could be played in cars if one installed an 8-track into the dashboard, a step up from radio because one could select the music one might listen to. It wasn’t until the cassette tape that records began to become obsolete. Regardless of their renaissance in the 2010s, it is more urban legend than accurate that the sound quality of vinyl records is that much better than digital music today. The difference between digital music and vinyl records is the audio compression, but digital music has much more fluidity than a traditional record—not to determine one better than the other. They are just two very, very different technologies that achieve the same goal. 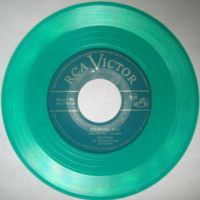