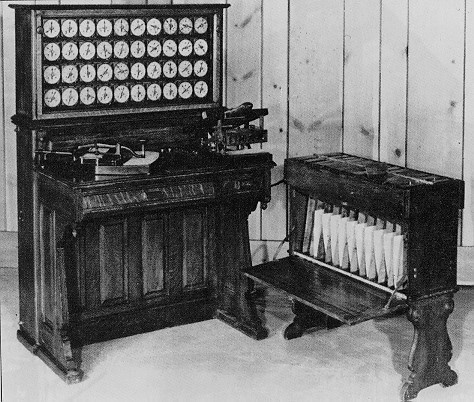 With an influx of immigrants arriving in the United States in the late 19th century (History), clerks at the U.S. Census Bureau were forced to tabulate an increasingly overwhelming amount of data collected in the 1880 census by hand. This took them nearly 8 years (IBM 2011b). One of the clerks working at the bureau at the time was Columbia University graduate Herman Hollerith. Inspired by recent developments in electrical machines and familiar with the earlier 19th century punch card technologies of Joseph Marie Jacquard’s weaving machine and Charles Babbage’s Difference and Analytical Engines, Hollerith combined electric signals and punched cards to create his Electric Tabulating System (IBM 2011a). Hollerith’s machine was used to tabulate the data from 60 million citizens in the 1890 census in only two years (IBM 2011b).

To use the tabulator, a clerk would read the census results and punch each citizen’s details into specific locations, the equivalent of data field today, on a 3” x 7” card. (da Cruz 1890 Census). Hollerith chose the size of his cards because it was the current size of American currency and he planned to use standardized boxes from the U.S. Treasury department to house them. (IBM 2011b). Once punched, the tabulator operator put the card on to a press attached to the machine and closed the cover, pushing a layer of pins down onto and/or through the cards. Pins that matched data fields, or went through the holes, penetrated small cups of mercury, a conductor, which created an electrical circuit. This circuit would transmit electrical signals to counter dials on the machine which registered on the counter board (da Cruz 1890 Census).

Hollerith turned his successful machine into a business called the Tabulating Machine Company as industries like global railroad companies realized the tabulator and the punch card system would be used to calculate more than just human data, and could manage freight statistics and help generate and manage time tables. In 1911 he sold his company to the Computing-Tabulating-Recording Company which morphed into the International Business Machines Corporation (IBM) in 1924. IBM continued to use punch card technology which accounted for up to 20% of the company’s revenue into the mid 1950’s (IBM 2011a).
Sources
da Cruz, Frank. 2001-2019. “Herman Hollerith.” Columbia University Computing History: A Chronology of Computing at Columbia University. http://www.columbia.edu/cu/computinghistory/hollerith.html 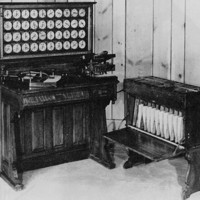 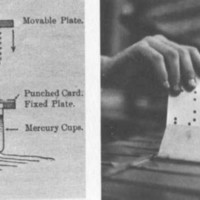 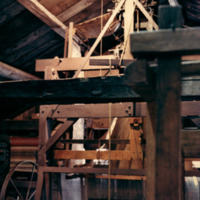 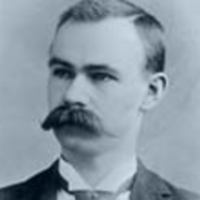 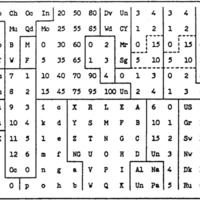 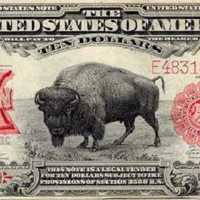