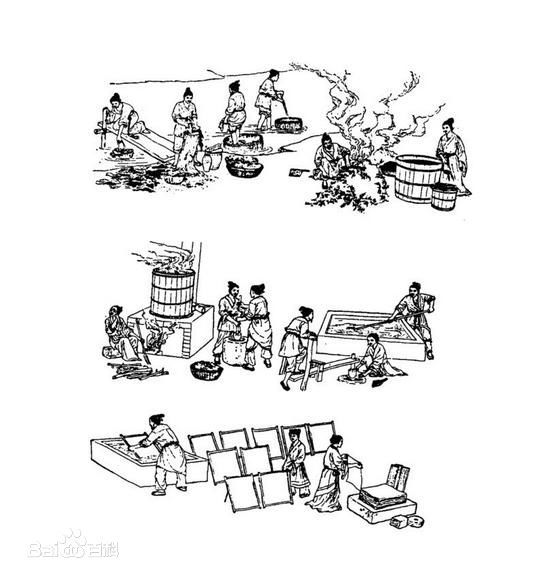 The paper-making technology was invented by Cai Lun, an official attached to the Imperial court during the Han Dynasty in 105 AD. He used mulberry and other bast fibres along with fishnets, old rags, and hemp waste, to make paper in a 5-step process:
“1. Separating the useful fibre from the rest of raw materials. (e.g. mulberry, bast fibres, cellulose from wood, cotton, hemp waste, etc.)
2. Beating down the fibre into pulp
3. Adjusting the colour, mechanical, chemical, biological, and other properties of the paper by adding special chemical premixes
4. Screening the resulting solution
5. Pressing and drying to get the actual paper”

For a long time, paper was made in individual sheets. It was not until 1799 that the paper-making machine was invented by Louis Nicolas Robert in England. His design became the blueprint of Fourdrinier paper-making machine, which was later introduced overseas.. Afterwards, Bryan Donkin improved his invention to a skilled and ingenuous machine and used it in Frogmore Paper Mill, Apsley, Hertfordshire.

Usually, a paper machines have these operational sections:
1. Forming section, commonly called the wet end, is a continuous rotating wire mesh which removes water from the paper by sucking it out of suspension via vacuum.
2. Press section, where the wet fibre web passes between large rolls loaded under high pressure to squeeze out as much water as possible.
3. Drying section, where the pressed sheet passes partly around, in a serpentine manner, a series of steam heated drying cylinders. Drying removes the water content down to a level of about 6%, where it will remain at typical indoor atmospheric conditions. Infra-red driers are also used to supplement cylinder drying where required.
4. Calender section, where the dried paper is smoothened under high loading and pressure. Only one nip (where the sheet is pressed between two rolls) is necessary in order to hold the sheet, which shrinks through the drying section and is held in tension between the press section (or breaker stack if used) and the calender. Extra nips give more smoothing, but at some expense to paper strength.
5. Reel section, where paper coming out of the machine is wound onto individual spools for further processing.”

For a long-distance commerce, traditional coins were too heavy to carry around, so the paper money became a necessity. The invention and development of paper-making technology created the possibility of the appearance of the paper bill. 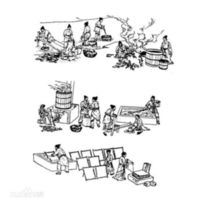