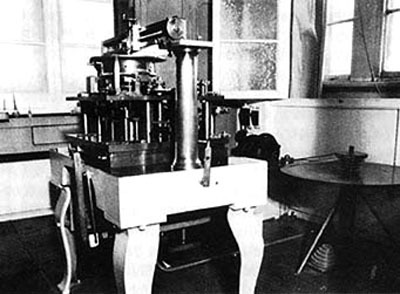 Intaglio is a kind of printing technique that is opposite to relief print. It incised image into a surface, then the incised line or sunken area holds the ink. Basically, intaglio processes include etching, engraving, drypoint, and mezzotint:

In the process of etching, acid is used to bite an image into a metal plate coated with an acid-resistant ground. The ground is a coating used to protect the plate from the action of the acid. Typically, the hard ground is drawn through with a needle, exposing the metal to form the image to be printed. Etching is also used as a catch-all term for any intaglio process employing an acid bath in the production of an image.
In the process of engraving, the image is created by the burin, a wedge or lozenge-shaped tool, directly on the plate.
In the process of drypoint, marks are made on a plate using a sharp, pointed instrument. However, in drypoint the curl of displaced metal that forms as the line is cut, called the burr, is not removed. It is inked and creates a velvety appearance. Soft copper plates are generally used for drypoint printing.
In the process of mezzotint, the printing plate was indented by rocking a toothed metal tool across the surface. Each pit holds ink. If printed at this stage the print image would be solid black. The printmaker creates tones by rubbing down or burnishing the rough surface to varying degrees of smoothness to change the ink-holding capacity of chosen areas on the plate.

This technology first appeared in late 1430s. By 1900s, there existed two different intaglio technologies: copper-engraving technique and steel-engraving technique. Comparing with the cooper one, steel-engraving was more solid in texture, elaborate in pattern and durable in plate, which made it hard to counterfeit. In order to master this technique to confront the economic invasion from colonists, as well as restore the national economy, in 1909, the Bureau of Engraving and Printing spent high price on inviting American engravers to China to teach them the steel-intaglio printing technique. Also, they imported many American engraving machines and built a large printing house to issue new banknotes. It is the first time in history that China used intaglio printing technique, which also made China the few countries at that time that mastered such technique. 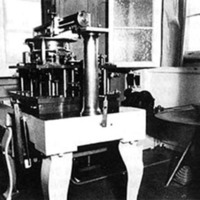 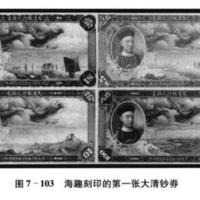