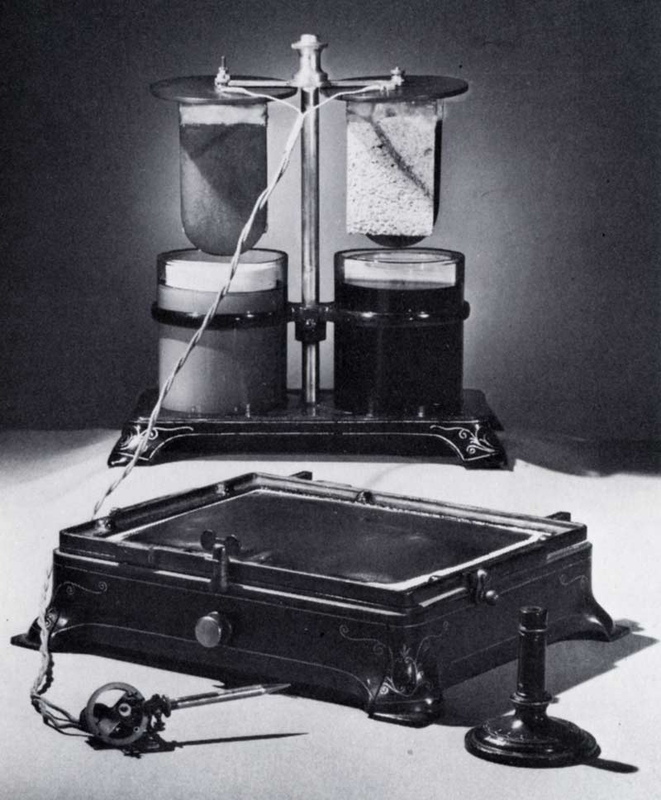 The precursor to the mimeograph was an 1875 invention by Thomas Edison known as the Electric Pen. The patent for the device was received one year later, covering the electric pen which was used to create a stencil, and the flatbed duplicating press. Later, Chicago based inventor Albert Blake Dick would merge his ideas with Edison’s and include improvements to the stencils and the use of wax paper and the “A.B. Dick Co. released the Model 0 Flatbed Duplicator in 1887” (Alfred, 2011). The process consisted of cutting a stencil using the pen, push ink through the holes and onto the paper, replace the paper, and repeat. In lieu of the electric pen, a typewriter could also be used to create stencils, or draw them by hand. Improvements continued to be made, with Edison’s flatbed press being replaced with rotating cylinders and automatic output from the ink reservoir, and could be run by electric motor or by hand.

The mimeograph was an essential facet of educational institutions, offices, and the military. Copying could now be done by hand on a smaller device without requiring a full printshop setup, allowing the mimeograph to expand its reach in the public sphere to create copies of assignments, memos, official documentation, or even fanworks.

The ease of use of the machine combined with its accessibility allowed it to become a feature of amateur publishing. In the 1960’s and 1970’s, the technology became wildly popular among fanzine editors, who without the resources of a publishing house could now create and circulate their periodicals with increased ease. In the early days of zine publishing, “just about the only requirements for aspiring fanzine editors was access to a typewriter, and either a mimeograph duplicator or later a photocopier” (Fanlore). Here, fans could draw their original artwork onto a stencil and trace over them onto a mimeograph stencil, resulting in a replication of the work that could then be duplicated. 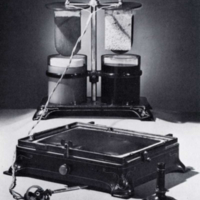 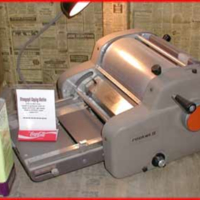 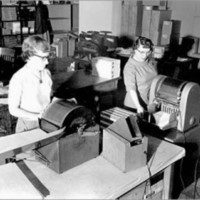 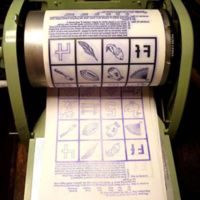