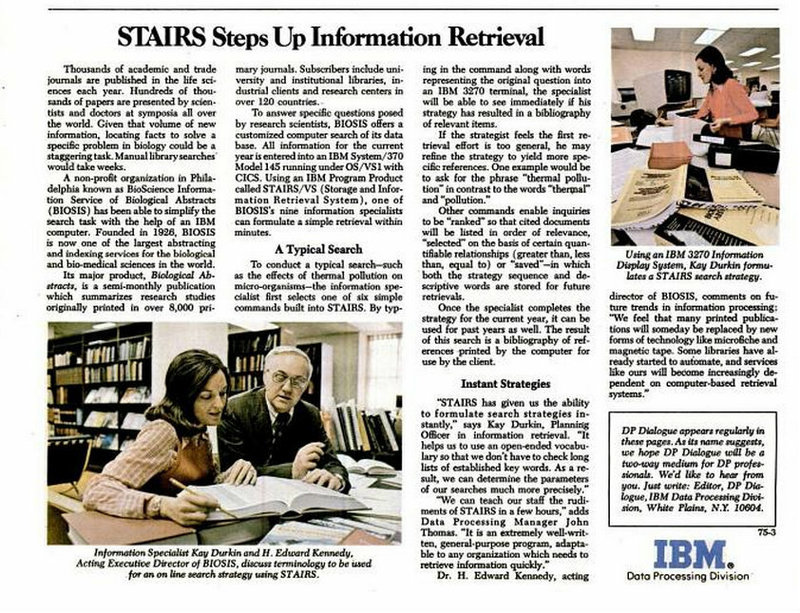 Date(s)
1985
Tags
The Materiality of Information

Throughout the 1960’s and 1970’s, full-text search systems were being developed. IBM’s STAIRS system touted incredible statistics regarding the two main factors to measure the efficiency of  search: precision (the relevance of the majority of results found) and recall (capturing the majority of all relevant results possible) claiming that their results were as high as 75% - 80% across both precision and recall. However, in 1985 researchers David Blair and M.E. Maron tested the system using a much higher volume of text than ever attempted with over 350,000 pages of texts from a law case and discovered that with a much larger pool to search, recall dropped to only 20%, meaning that only 1 out of 5 relevant documents were being found. Something had to be fixed to accommodate searches through masses of data. 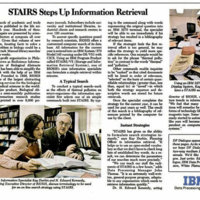