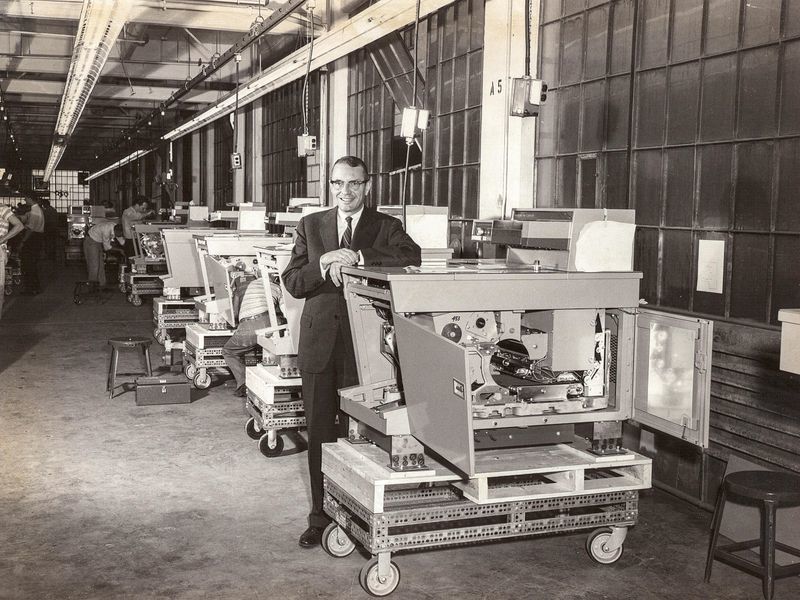 The next big shift in copymaking began to take shape in the mid twentieth century with electronic photocopiers. Moving away from the highly tactile process of creating a stencil and rolling ink through with the mimeograph, the photocopier combined a camera and photo-sensitive paper with a developer that would produce prints without the need for negatives, plates, or films. The earlier machines still required the use of a developing bath, however, followed by a drying process. Then, in 1938, Chester F. Carlton experimented with the first electrostatic photocopy machine and patented the xerography process. This was developed upon by Haloid Co, who introduced their first commercially successful machine in 1950. In 1958, their company was renamed Haloid-Xerox Inc. and under this mantle they produced “the first plain paper office copying machine” known as the Xerox 914, in 1960 (Early Office Museum).

Unlike the photocopy machines of the early twentieth century, the new, easy-to-use Xerox 914 was a much cleaner, “dry” process that did not require the paper to be finished in a developing bath. Instead, the copier functioned by creating “an electrostatic image of a document on a rotating metal drum, and used it to transfer toner—ink in a powdered format—to a piece of paper, which would then be sealed in place by heat” (Thompson, 2015). The 914 could produce a copy in under ten seconds, and ushered in a new era of copymaking.

This device moved beyond the realm of simply circulating more office memos, and allowed for a further increase in amateur publishing. With access to a photocopier, interested parties had found “a way of seizing the means of production, circulating ideas that would previously have been difficult to get past censors and editors” (Thompson, 2015). This allowed for a shift in dynamics among the publishing world, as it “means that every reader can become both author and publisher” (McLuhan, 1966). This mindset has a profound impact on the world of fan communities, who could continue to create and circulate their own written and visual fanworks with greater ease, and continue their participatory practices that hybridized the fan as both creator and consumer of content. 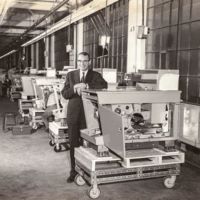 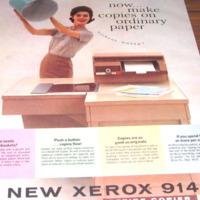 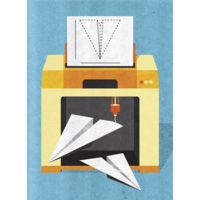