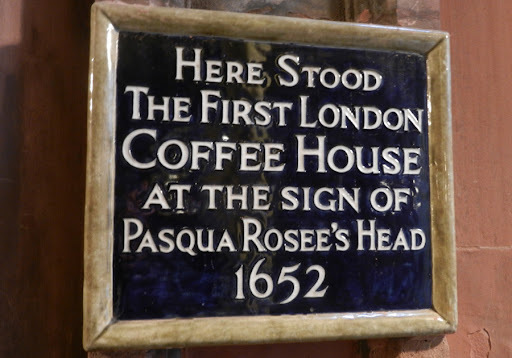 Date(s)
1642
Tags
Many To Many: A History of Platform Communities

Coffee-houses are closely associated with the intellectual culture of the 18th-century Enlightenment, but the first one was opened during England’s Interregnum period in 1642 by an immigrant from Smyrna named Pasqua Rosee (Ellis 2004).

In the following century, coffeehouses became open to more than just the merchant and gentry classes, and played host to the emergence of the Habermasian “discourse-oriented” public sphere as they became essential to the social and intellectual order of the early modern city (Cowan 2005).

Sources
Cowan, B. (2005). The Social Life of Coffee: The Emergence of the British Coffeehouse. Yale University Press. 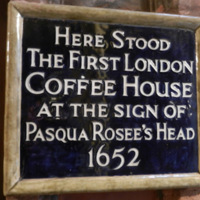