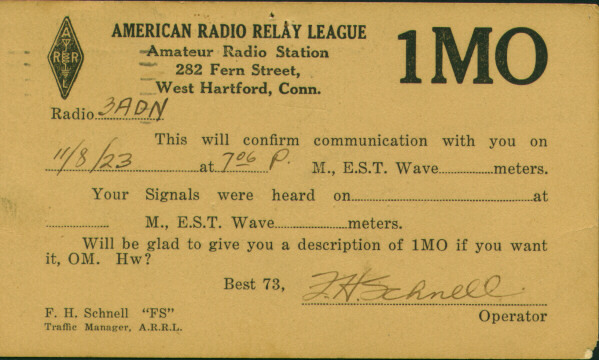 Date(s)
November 27, 1923
Tags
Many To Many: A History of Platform Communities

During World War I, all amateur radio operation was banned. After the war ended, service was allowed to restart on October 1, 1919.

Leon Deloy, in France, communicated with Fred Schnell, in Hartfort CT, in November 1923, after visiting America earlier that year and building a special transmitter when he returned to France. According to accounts of the event, many other amateurs were listening into this transmission as it occurred. 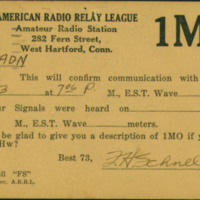