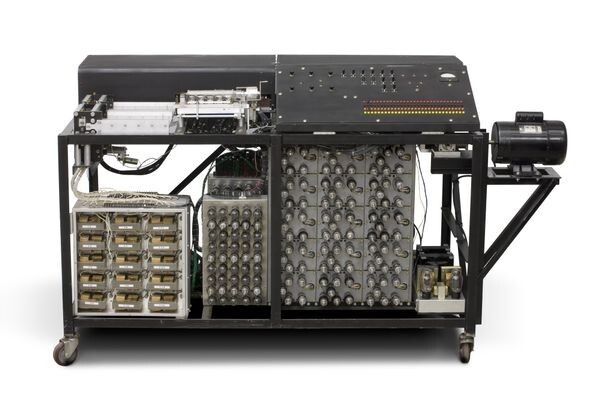 Largely credited as the first automatic electronic digital computer and completed in 1937, the ABC (Atanasoff Berry Computer) was one of the first and largest milestones in the development of the computer as we know it today.

This was created by Dr. John Vincent Atanasoff (who was an electrical engineer, mathematician and physicist), and Clifford Berry. Atanasoff applied to Iowa State College for funding (he got $650) with his main goal being to improve the accuracy and speed of a machine’s capacity for calculations, which he successfully did (relative to the time period he worked in, that is).

Firstly, he opted to use electricity, and was the first to do so.

Secondly, he went against the grain (again) and utilized the binary system, contrary to the popular base-ten systems.

Lastly, he separated memory and computation into two different systems, which enhanced the computer’s ability to perform; condensers were used for memory and direct logical action was used for computation.

Test runs for the computer went smoothly, save the electronic (card-writing, card-reading) systems, which failed. Sadly, Atanasoff and Berry were unable to fix this issue, thanks to the United States’ entry into World War II, prompting them to leave Iowa State. Nonetheless, even though Atanasoff was unaware of it, the ABC would be crucial to future endeavors in computer-creation, as he says:

“I wasn’t possessed with the idea I had invented the first computing machine. If I had known the things I had in my machine, I would have kept going on it.”

The ABC was ultimately a creation for the furtherment of math and science, as its main (perhaps only) goal was to make possible the solving of large amounts of simultaneous linear algebraic equations; the ABC was capable of handling up to twenty-nine equations.

With that in mind, its focus did not even consider interactivity with the user. However, it was still an important stepping stone, as it set certain foundational methods that are still practiced in the making of computers today. 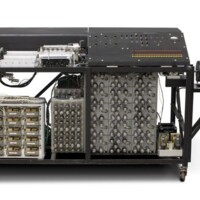 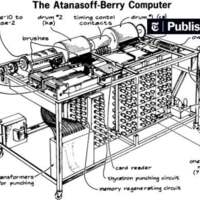