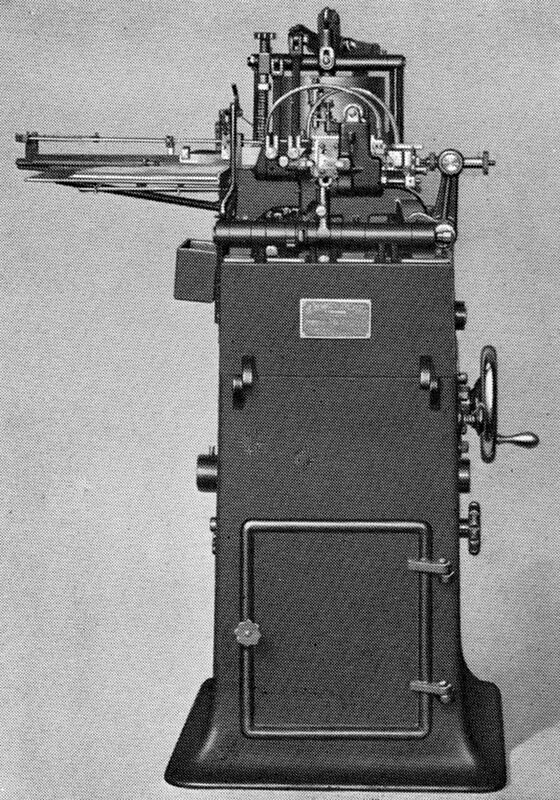 Creator
John Smith Thompson
Date(s)
1908
Tags
Portal: The Looking Glass between Chinese and the Outside World

In the early 20th century, the idea of "every printer his own typefounder" was conceived, and John S. Thompson was one of the practitioners. Beginning to devise his version of the casting machine in 1903, Thompson invented the Thompson Typecaster in 1908.

The Thompson Typecaster is a sorts caster that casts multiple types from a single matrix at a time. It is versatile in various senses. It is capable of casting type, borders, ornaments, spaces, high and low quads, accents, and special characters of all sizes from 5- to 48-point to American standards. Those of special heights and body sides can also meet Didot or Continental systems. While the Thompson Typecaster has its own matrices, with proper matrix holders and molds, any matrix, such as Linotype and Intertype matrices, applies.

Besides its flexibility, an undated advertising pamphlet published by the Thompson Type Machine Co. demonstrates several advantages of the Thompson Typecaster. First of all, it produces type of perfect quality, correct in body, face, and alignment, as well as avoiding problems like air-bubbles. Moreover, the durability of both the Thompson type and the caster itself is maximized. For the large type, the company recommends using hard foundry metal, which was the machine designed for, to secure the lifespan of the type. Regarding the type of small sizes, the efficiency and economy of type production allow the use of cheap soft metal, and guarantee that there is no need to reuse. Further, the conditions make it possible to be economical with the type caster. Also, the relatively low price of the machine itself and the savings in the composing labor that its usage brings contribute to this merit.

The introduction of the Thompson Typecaster to China was attributed to its simplicity and efficiency in handling, permitting even inexperienced operators to get started quickly. The size of the type determines its casting speeds: 48-point, about 12 a minute; 6-point, 150 a minute. 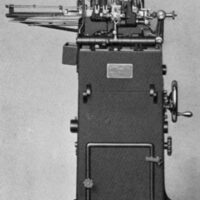 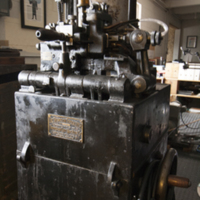