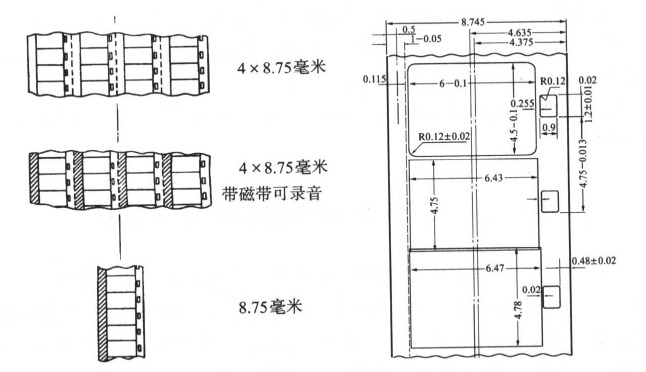 Date(s)
1966
Tags
Portal: The Looking Glass between Chinese and the Outside World

The 8.75 mm film is a small format film applicable for public screening. It uses 35 mm film stock as the base to make reduction prints, and its image area is 6.01 x 4.51 mm. Although the idea of 8.75 mm film was not pioneered by the Chinese, due to the economic conditions and cultural policies of China in the 1960s, it became a prevalent film gauge exclusively in mainland China.

At that time, in response to Mao Zedong's slogan of "literature and art should serve the workers, peasants and soldiers," meeting the needs of peasants in remote mountainous areas to watch movies became an urgent issue. It involved three major problems to be solved. One, 16 mm or 32 mm movies were too expensive. Two, the inadequate transportation made it impossible to deliver projectors. Three, these areas could not supply electricity to the projector. The smallest film gauge popular in the west then was 8 mm film, but its low picture clarity was not suitable for screening films that could be viewed by several hundred people.

In order to address the issue, there was once a debate between supporters of Super 8 and 8.75 mm. The latter won because it made full use of the effective area of the 35 mm film, and had a larger image area and better screening performance. In 1966, the China Research Institute of Film Science and Technology and the Beijing Machinery Factory of Film created the 8.75 mm film. In 1967, the 8.75 format was designated by the Chinese government as the core of cinematic development in rural areas, supplemented by the 16 mm and 32 mm film. In 1969, the 628 Conference, approved by Zhou Enlai and Jiang Qing, was held in Beijing, and this conference decided to promote 8.75mm films significantly. Since Jiang, a member of the Gang of Four, was in charge of the film industry during the Cultural Revolution and demonstrated her particular concern for 8.75 mm films, this film format was branded by the Gang of Four.

This format disappeared in 1980s, because films of better quality were far more affordable then, and the broadcast industry had developed.

Lin, Shuwen and Ann Harris. "The Relationship Between Cultural Policy and Technology Obsolescence: Introducing the History of 8.75mm Film in China." Tisch School of the Arts, New York University, 2014. https://miap.hosting.nyu.edu/program/student_work/2014fall/14f_2920_Lin_a2_y.pdf. 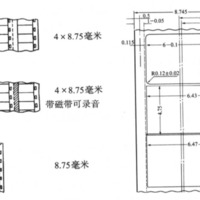 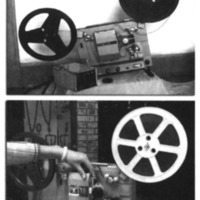