Creator
Tecent
Date(s)
2013
Tags
Portal: The Looking Glass between Chinese and the Outside World

WeChat Pay is a feature launched in 2013 along with WeChat version 5.0, which leads the mobile payment business in China together with Alipay. By linking bank cards to mobile devices, users are guaranteed the capacity to make payments. The appearance of WeChat Pay marked the beginning of WeChat's commercialization process.

In the early stage of WeChat Pay's development, there were two events that helped to promote it. One was its cooperation with Didi, a mobility platform, and it captured the market by offering subsidies to drivers and users. Later, all sorts of e-commerce platforms have become crucial areas of partnership for WeChat Pay. The other was the introduction of its function to send virtual red envelopes before Chinese New Year in 2014. WeChat seized the potential market demand and mobilized over 8 million users to experience the feature. The red envelope function remains the primary way for people to transfer small amounts of money peer-to-peer until today.

WeChat Pay has six payment products, Quick Pay, QR Code Payment, Mini Program Payment, Official Account Payment, In-App Payment, and Web Payment. Today, with them, WeChat Pay has been implemented in any life scenario that people can imagine, whether online or offline, and its success is evident in the fact that people regard it as a default. In fact, access to life services is one of the basic expectations of people for mobile Internet, and almost all of them are related to payments. Thus, payments take center stage, and owning this core business positions WeChat as the portal to other services, such as top-up payment, transportation, and online shopping.

The flourishing of mobile payments in China is related to the widespread popularity of smartphones. Without experiencing the personal computer era, many Internet users directly migrated to mobile Internet from the pre-web era. 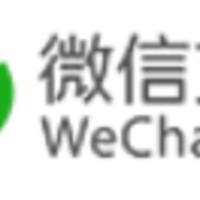 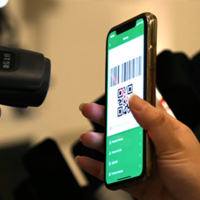