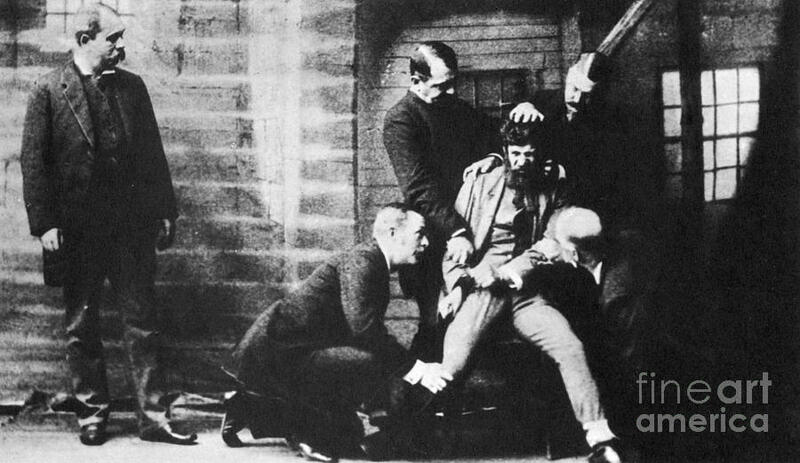 The mugshot refers to one of the earliest images of prisoners taken by police of prisoners. Originally done in Belgium beginning in the mid-nineteenth century, around 1844, Parisian police were already using photography immediately after the introduction of the daguerreotype in 1839 to catch serial offenders. In the 1880s, an anthropologist named Alphonse Bertillon, who was also Chief of France’s Judicial Identification Services developed what is now known to be the standard mugshot in the contemporary format: two shots of the alleged criminal’s head and upper body, one staring at the camera and the other image a side profile. The mugshot would also contain information from the subject’s foot and ear size to their arm span. Bertillon called the resulting mugshot a portrait parlé, meaning a “speaking image” that included any identifying characteristics of a subject, from scars, eye color, and hair color, to their occupation and address as well. This data would allow for police to identify repeat offenders. American police departments began to take photos of people they arrested in the 1950s and framing the black and white prints, sometimes going so far as to tint the cheeks of the alleged criminals pink in an attempt to make the images warmer and more memorable. These mugshots were hung in “rogue galleries” for two reasons: to entertain the general public and more opaquely, to instruct people to look out for these alleged criminals so as to report them.

As paper prints of photographic images became less expensive to make, the use and distribution of mugshots were more widely distributed in the United States and Europe. As art scholar Shawn Michelle Smith has written, police departments have shared photographs of those they have arrested to engage the public in a form of citizen policing since at least the mid-nineteenth century. 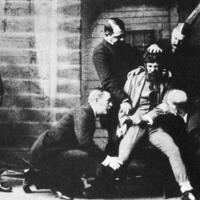