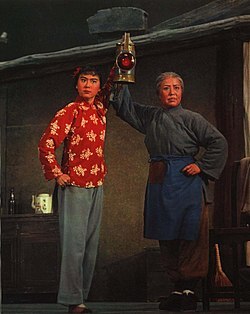 Date(s)
May 1967
Tags
Portal: The Looking Glass between Chinese and the Outside World

In May 1965, Jiang Qing claimed the status of eight revolutionary model operas. They consisted of five operas, two ballets, and one symphony. The five operas were Taking Tiger Mountain by Strategy (Zhiqu weihushan), The Red Lantern (Hongdengji), Shajiabang (the title is the name of the place where the action occurs), On the Docks (Haigang), and Raid on the White Tiger Regiment. The two ballets in the initial eight model theatrical works were The Red Detachment of Women (Hongse niangzi jun) and The White-Haired Girl (Baimao nü). The eighth work was a symphonic rendering of Shajiabang. 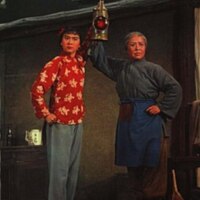 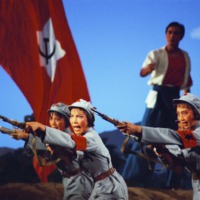