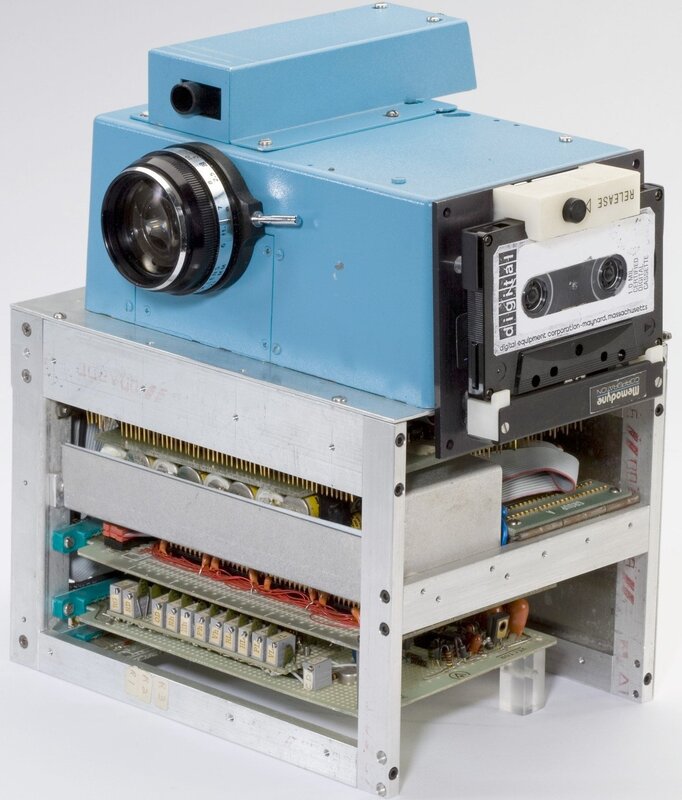 In 1975, Kodak engineer Steve Sasson created the first-ever digital camera. The camera was about the size of a breadbox and it took 23 seconds to capture a single image. It took 0.01-megapixel images shot only in black and white that were saved to a cassette tape (Bhatia 2019). In 1978, the first digital camera was patented. It was known as an electronic still camera. Mr. Sasson, however, was not permitted to publicly discuss it or exhibit his prototype to anyone outside of Kodak(Estrin 2015).

Sources
Bhatia, Anuj. 2019. “Timeline: The Evolution of Digital Cameras, from Kodak’s 1975 Digital Camera Prototype to the IPhone.” The Indian Express. May 15, 2019. https://indianexpress.com/article/technology/gadgets/the-evolution-of-digital-cameras-from-kodaks-1975-digital-camera-prototype-to-iphone-5727036/ 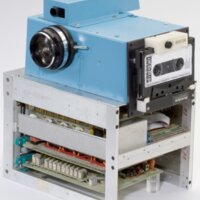