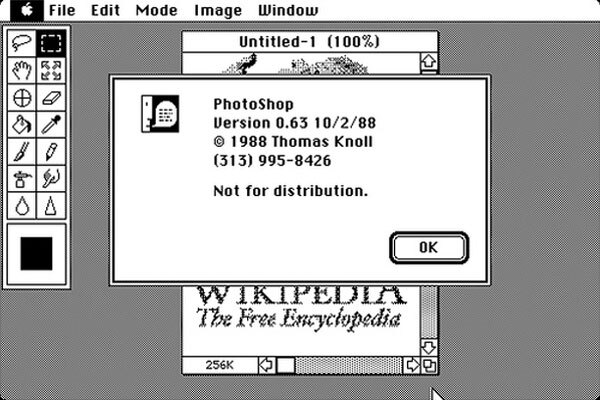 1988: The first version of Adobe Photoshop was released

In the 1980s, photo editing computer programs for personal computers were made. The first version of Adobe Photoshop was released in 1988. Since then, the software has become the industry standard not only for raster graphics editing, but also for digital art in general. As a result, the name of the software has become a generic trademark, leading to its use as a verb (e.g., "to photoshop an image," "photoshopping," and "photoshop contest"), while Adobe opposes such use. Photoshop(Adobe n.d.) includes many kinds of tools which can be utilized to edit photos, such as Pen tool, Clone stamp tool, Shape tools, Selection tools and so on. 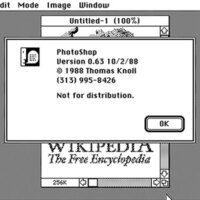