Creator
John Benjamin Dancer
Date(s)
1839
Tags
From Industry to Information: A History of Memory and Storage

Invented in 1839, microphotography is the same as regular photography, but with a slight twist. Traced to John Benjamin Dancer by historian Frederick Luther, the first microphotograph was created when a 20 inch document was photographed using a reverse microscopic lens (these were used to make anything large appear smaller.) After the photograph was taken, Dancer used the daguerreotype process to develop his images. The use of microphotography was not originally for archives as we often see today, but more for photographic novelty items, such as the small photos often found inside of lockets and other jewelry.
It was Sir John Frederick Herschel, an astronomer and chemist, who coined the idea of “preserving public records in a concentrated form on microscopic negatives.” This way of thinking paved the way for Paul Otlet and Robert Gorldschmidt to push the idea for entire microphotic books. Most books containing the wealth of knowledge needed for record keeping, academia, and things of the like were extremely large and heavy and easily destroyed by time and the elements.
The move towards microforms as a way of record keeping was widely accepted by historians, librarians, and archivists in the 1930s. The new technology helped significantly with document reproduction and preservation. It is still used in many libraries today, if they are able to obtain and maintain the equipment needed.
While microfilm and microfiche is often seen as the easiest way to store a large amount for long periods of time, they do not last forever. Eventually, the materials begin to deteriorate, which can happen at varying times, especially if they are not stored in the correct conditions. Once damage occurs it can not be stopped, only decelerated. Luckily there are many different ways to identify and slow microfilm deterioration. One of the more expensive, but potentially the most reliable methods to solve this problem could be moving the data to an entirely new medium: digitization.

Bellvue University. 2016. “Miocroforms: a Thing from the Past.” Facts from the Stacks. https://blogs.bellevue.edu/library/index.php/2016/10/microforms-a-thing-from-the-past/. 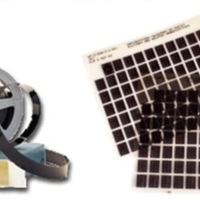